"You can drive nature out with a pitchfork, she will nevertheless come back." - Horace

Carl Jung pointed out that men are the "culture makers". His observation is not new. When it comes to culture, science, technology, discovery, and invention, men are indispensable. (He also suggested women are "relationship makers," which many are doing poorly today in their attempts to imitate men).

Women are biologically indispensable, since they have the babies and without them humanity would die out.

This does not mean individual men and women are indispensable. Here a picture of Hanna Rosin, who wrote the hallucinatory The End of Men. The effeminate "man" with her is her husband, David. 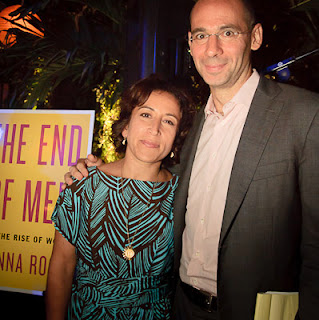 Here are two more who are biologically worthless and culturally destructive. 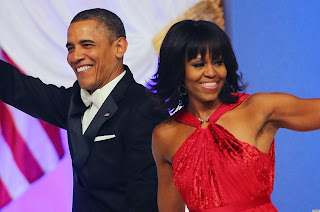 Culture sits on top of biology and uses it to support culture. Culture can either turn women into whores or wives, and men into cads or dads.

I've pointed out before the ideas of "Alpha" and "Beta" don't exist in reality. They are ideas in our heads we impose on reality.

Unfortunately there are those who think they are reality and engage in some truly bizarre mental gyrations to make those ideas fit which they cannot fit.

These ideas are nonsense.

The idea of a "Beta protector and provider" has to be given up too, because they don't exist, either.

All men, without exception, are a combination of Alpha/Beta/Delta/Gamma/Whatever. Those who say they are not are deluding themselves.

I used to watch a lot of boxing, so I was always amused that those who were "Alphas" in the ring, like Sonny Liston and Mike Tyson, were in reality wimps ruled by their wives. Some "Alphas."

A better fit to reality is the concepts of K-selection and r-selection. K-selection are the "Alpha/Betas" who protect and provide for their children, believe in rites and rituals, natural hierarchies, patriarchy, and who support society. Think of wolves.

The r-selected are the rabbit "Alphas" who are promiscuous, not very bright, and don't give a damn about women, children or society.

Do these ideas fit perfectly? No. Why? Because, again, they are ideas in our heads that we impose on reality, to explain behavior. But some ideas are better than others.

But to return to the idea that culture sits on top of biology. If the r/K distinction is a better explanation that Alpha/Beta, then the K-selected "intellectuals" are far superior to the r-selected ones. Some values are better than others. The better ones are better because they work better.

Actually I'd say there are four levels: inorganic, biological, social (cultural) and intellectual.

Unfortunately these days the prevailing paradigm (i.e. story) is the left-wing, feminine (leftism is feminine), r-selected. Ones who believe in abortion and promiscuity and irresponsibility. Hedonism and nihilism.

Fortunately it won't last. Sooner or later, after a lot of pain and destruction, the prevailing paradigm will evaporate and the monogamous, patriarchal K-selected will reassert themselves, and the concepts of Alpha/Beta (which are reactions to r-selected feminism and yet bear some similarities with it, such as promiscuity, abortion and irresponsibility) will disappear.

Vox Day can put a greek letter on any man that walks. It makes me chuckle.
That's not to say he isn't worth reading, he does have some good advice on manly conduct in specific situations.

I've read up on Hanna Rosin and her husband, David Plotz. He works long hours as editor of "Slate," and at night, he often schmoozes with the rich and powerful to get his scoops and drop hints as to his views. He seems to be one of those husbands and fathers who's seldom home.

She also torments her kids and tells the boy girls are better than boys. As I said, she is biologically worthless and culturally dangerous.

Did Mr. Hanna Rosin stand on a stool to look taller than his wife?

One thing for sure, the Plotz-Rosin kids are going to be serious pieces of work when they grow if they're not already.