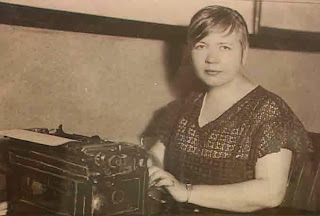 I generally vacation in the Missouri Ozarks, and have since I was a kid, with my parents, when we would go to Branson before it turned into a senior citizens' entertainment mecca featuring, of all things, one Shoji Tabuchi, an Asian fiddle player with a huge toothy grin and a Moe Howard bowl haircut.

He's completely normal, though, compared to the Ejector Seat, in which two people are strapped into a seat, with their arms across their chests (perfect for a fitting ready-made into a pine box, in my opinion) and hurled shrieking a few hundred feet into the air in-between two elastic cables anchored to two towers. I opined I wouldn't go on it for less than $1,000 cash, since I had no desire to being catapulted into the sky like those knights in Monty Python and the Holy Grail, when they answered the questions wrong at the bridge. Instead I played miniature golf at the place next door, which featured a real crashed Indiana Jones-type airplane stuck on top of a gigantic fake rock shaped like a skull. Branson's now an unusual town, to the say the least. And I got a hole-in-one, too.

On the last trip, while looking for the Gloria Winery, which has great but inexpensive wine even though the winery turned out to be a shed with an acre of vineyard and a trailer in which the couple who owned the place lived (along with their little dog), we ended up visiting Mansfield, a tiny sleepy town which turned out, much to our surprise, to have been the long-time home of Laura Ingalls Wilder, who was not only author of the Little House on the Prairie books, but who wrote every one longhand while sitting in a home-built chair in their farmhouse on the outskirts of town. The house is a museum now, with very low ceilings, since Laura was 4'11 and her husband Almanzo 5'4". You should see their beds.

A connection that I somehow had never made is that Rose Wilder Lane, author of the early libertarian classic, The Discovery of Freedom, was Laura's and Almanzo's daughter. I didn't realize it until we were wandering through the museum and I saw a copy of Discovery, next to several pictures of Rose, one of which caused me to say, "Oooh, a babe." But since she died in '68, when I was busy learning not to fall off of my Stingray bike and to cover up the burns in the carpet I made with my chemistry set, it was never meant to be. She was most definitely a babe, though.

After blurting out that comment, SWMBO (She-Who-Must- Be-Obeyed) asked, You think she's attractive? Yes, I answered. Aw, that's so cute of you, SWMBO answered. (Strange how you can look at a woman and....pow.)

I wouldn't know if I'm a fan of the Little House books or not, since I've never read any of them. I never watched the TV series, not even once, since I could never get past Michael Landon morphing from a Teenage Werewolf drooling shaving cream to Little Joe to Pa. I did read Farmer Boy, which was Almanzo's biography that Laura wrote, and one which I would highly recommend. I still can't get out of my mind ten-year-old Almanzo getting up at 3 a.m. in the middle of a howling blizzard to move the cows around so they didn't freeze solid and tip over. That's not a joke, either. It really happened.

Laura didn't start writing her books until she was 65, long after Rose had become a successful novelist. The rumor, one that we will never know is true or not, is that Rose heavily edited the books and got them into shape for publication. In other words, the skinny is that she pretty much wrote them for her mom. It's a bit ironic that Laura became far more famous than Rose, and still is today. Unfortunately, there are no living descendents, so the line of this talented family has died out.

None of the family was born in Mansfield, although they all ended up there, including being buried. We missed the cemetery, though. Rose was born in Des Met (when it was called "Dakota Territory") in 1886 and died in her sleep at the age of 83 in '68, right before she was to embark on a three-year tour of the world. At the age of 78, in 1965, she was reporting from Vietnam for "Woman's Day Magazine."

Rose started writing around 1910 and was a successful novelist long before she published The Discovery of Freedom in 1943. Before that, she was most famous for her novels, which are adult versions of her mother's books, although I had never heard of them until I was in the museum. Nearly all of them are about her life in the Ozarks, including one that has the Politically Incorrect title of Hillbilly.

She was (of course?) predominately a home-schooled child, since she was so bored by school in her hometown that her parents allowed her to educate herself at home. Having been in the farmhouse, I know that her parents had a small room off of the living room, set aside as a library with about 300 books, all of them, as far as I could tell, hardbacks. I don't think they had paperbacks in those days.

As an adult Rose had become a stanch opponent of Communism after seeing it in practice in the Soviet Union (unlike many red-diaper dips of that time, who remained enamored of it, a feat that required not only closing their eyes but their brains and consciences), and became one of the most influential libertarians of the middle of the 20th century. She even became the adoptive grandmother of Roger MacBride, the Libertarian Party's candidate for President in 1976.

She opposed the quasi-socialism and creeping taxation of the New Deal so strongly that she quit her high-paying editorial job with the National Economic Council so as not to pay Social Security taxes. She regarded Social Security as unstable and prophetically called it a "Ponzi scheme."

In a pamphlet called "Give Me Liberty" she wrote, "In 1917 I became a convinced, though not practicing communist. In Russia, for some reason, I wasn't and I said so, but my understanding of Bolshevism made everything pleasant when the Cheka arrested me a few times.

"I am now a fundamentalist American; give me time and I will tell you why individualism, laissez faire and the slightly restrained anarchy of capitalism offer the best opportunities for the development of the human spirit. Also I will tell you why the relative freedom of human spirit is better – and more productive, even in material ways – than the communist, Fascist, or any other rigidity organized for material ends."

In 1958, famed libertarian Robert Le Fevre was so strongly influenced by The Discovery of Freedom he asked Rose to come visit his "Freedom School," which he had founded to promote the principles he said her book had taught him. She became a regular lecturer there for several years.

Her extensive correspondence had an effect, too. About it she wrote: "Twenty one years ago... I used to spend all my time, every day, at my typewriter following up every least lead that I could find. Example: I heard a high-school debate among all pro-New Dealers on the radio, and wrote to each of them. One replied, with all the Welfare State collectivist notions that had been put into his head, but he didn't seem wholly unintelligent, so I kept on writing to him for some months, apparently with no effect, finally getting no answer. Now he turns up as publisher of "National Review", telling people that I – i.e., my letters – changed his whole life."

Even though The Discovery of Freedom is Rose's most well-known book, she said years later it was "a very bad book" because of some minor mistakes in it. Still, it has had a profound influence, even now, after all these decades.

What's it about? The book is an attack on statism, nationalism, and what Hayek called the "fatal conceit" of central planning. She starts her story with the old observation that for most of history, people had lived in squalor, with only a few minor improvements through the millennia. What brought them out of it was liberty, the free market, and the emergence of property rights. It has been a kind of miracle, the wealth it has created.

In the first part of the book Rose lays out the one permanent conflict in history: between individual freedom and illegitimate authority (the subtitle of the book is "Man's Struggle Against Authority"). Even today those who seek to impose rule from above call themselves "progressives," when they are nothing of the sort. Like Hayek, like von Mises, like Rothbard, Rose understood it was a backward attempt to impose barbarism and poverty on the human race, to turn the clock back thousands of years.

The first printing of the book, in 1943, was a thousand copies. There wasn't a reprinting until 1971. Since then, it was become one of those early classics, one of those, like Isabel Paterson's The God of the Machine, that can be read and enjoyed by everyone. It's an optimistic book, with passages like this:

"The revolution is only beginning. When all living men know that men are born free, the energy of twenty-two hundred million human beings will be released upon this earth.

Such cheerfulness and optimism will appeal to anyone who looks to the future, knowing that even with the two-steps-forward-one-step-back history of humanity, things, ultimately, will get better. It will be due, as it always is, to liberty and the free market.