Sexually Harassed by Nerds and Geeks

I quit reading comic books when I was about 10. I don't know much about them today, except there are comic-book conventions where people dress up as comic-book heroes. The last time I saw that was when my then seven-year-old nephew dressed up as the cartoon character Bravestarr.

So I figure most of these guys at these conventions are about seven years old emotionally. So they're mildly autistic nerdgeeks. Well, some people are.

So now I'm hearing some of these cosplay women, none of whom I'm sure are all that good-looking, are complaining about "sexual harassment." I sigh. 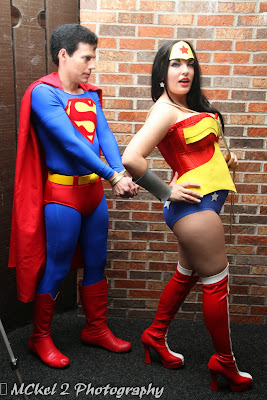 These people are overwhelmingly a bunch of outcasts and misfits anyway. They're too weird even for me, although I'm sympathetic to their plight and wouldn't do a damn thing to any of them except support them.

Now we've got the same thing many stupid women do - try to change society to suit their childish fantasies. Even if those things don't exist, like "rape culture" and "sexual harassment by nerds."

Can't these women look into the future and realize when they act like this men go the other way? I used to wonder about men's clubs, but I figured that one out a long time ago. 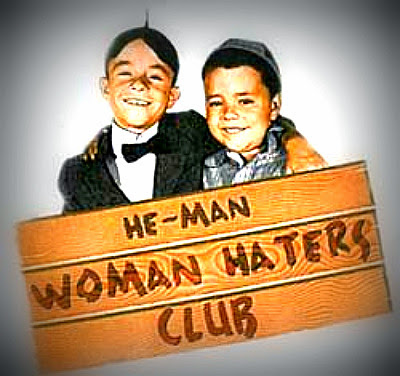 Many women try to take all the fun out of life. And they're not being sexually harassed. Wait until they're gang-raped in Africa, or wrapped up in burkas, or have their mommy parts mutilated - then they'll find out what "harassment" realy means.

I pointed out in my last article that Eric Hoffer commented that women are snoops, they worship false messiahs, and they sacrifice themselves for the wrong things. They also are of a fascist/socialist nature, and they lack discernment.

Thinking they're being sexually harassed by comic-book-loving geeks is an example of some of those things.

Bob. You have pooped the bed on this.

Not about the nerds or women - but about comic books! I chit thee not!

I quite reading them at 10 or 11 too. And STARTED reading them again in my 20's. My gawd, Bob - you've never been tempted to read Heavy Metal? And today's graphic novels are exactly that! The art AND the stories can be superlative. You will think I am full of it - but trust me on this...comics are not the same animals they once were.
For starters I recommend Neil Gaiman's 'Sand Man' series. It is an extensive work that has the aspects of character personified in the characters: Dream, Desire, Death, Destruction, etc. I ran into it years ago in big hardcover books and paid through the nose for them - and they were worth every penny.
Most comics are still the same crap - but some have been re-written to make them more possible and grown up. Have you ever chanced across 'American Splendour'? That is the stuff of high comedy and culture that could blow Seinfeld out of the water.
It is a tricky genre to navigate. There is still a lot of crap out there. You would need to go down to a GOOD comic book store and tell the clerk what kind of work you are looking for - or have a weirdo friend that is into it.

Even better: many independent artists/writers are on the web because the publishers can't be bothered with them. You need to look into that too. If you are as big a fan of good stories as I am - you are doing yourself a disservice by writing off comics wholesale.
Just my two bits. I am an old fart and finding original, well thought out material is getting very hard to do these days. As Vox Day shows - the SF/F genres have become infested with pinkshirts, women, and socialist homosexuals that simply cannot produce anything worth reading.

Comic Book Fandom is just another male space that has to be invaded by women and "made safe" (That is, be rigorously purged of political incorrectness.) It's a power play by people more interested in seeking validation in an ideological crusade than in actually making the genre better for everybody.

I was lucky. In the '90's, instead of comic books, I was into anime, which was a Wild West area of culture at the time. You had to deliberately seek it out in mostly male Otaku Clubs (I was the only straight female who attended the club on a regular basis, and I was far more interested in the interesting and novel storytelling than I was in planting my Girl Flag on a male hobby.) In anime, you were allowed to watch stories that were wildly politically incorrect because they came from a different culture. (The desire to not be racist and hate on a non-white culture trumped the inherent "sexism" and "homophobia" within the work. At least at that time.)

Of course, with the wide availability of anime on the internet now, all that's changed. Women now make up a huge section of the audience and are pandered to, just as the guys are. Western values have infiltrated the anime industry and you see more political correctness and "grrrl power" than you used to. I recently tried getting back into anime again by watching series posted online, but it was awfully difficult trying to find something good. I managed to find a couple of gems that redefined the use of art and medium in storytelling ("Mononoke", "Mushishi", etc....) But most of what I found was formulaic kiddie dreck, or series based on an 800 volume manga (which they only managed to animate the first half of the first volume of before cancelling the TV series due to a lack of ratings,) or series based on pornographic dating sims (where they removed all of the porn which, unfortunately, had been the best part of the original work, leaving a bland, by the numbers romance story.) I assume back in the early 90's, anime was just as crappy, but it seemed less so since all of the series that got dubbed and released here in the States was the cream of the crop. The stuff that companies thought would be profitable (and most of that was male-oriented, since male oriented titles sell better than female oriented ones.)