You Always Want a One-Shot Kill 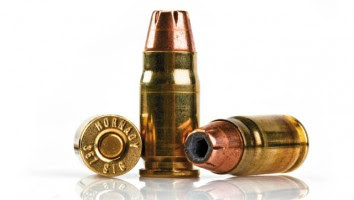 The 9mm and the .38 are ineffective rounds. It usually takes two or three shots to stop someone.

The .38 is so ineffective that when the U.S. invaded the Philippines it found the .38 could not stop a determined opponent, i.e., the Moros. That's how the .45 was developed.

As an aside, the reason Marines are called Leathernecks is because the Moros would sneak into the Marine's tents at night and cut their throats. A leather collar around the neck helped prevent that.

The military went from the .45 to the 9mm, but found in Afghanistan that, again, the 9mm, being essentially the same thing as a .38, could not stop a determined opponent unless you shot him two or three times,

If someone is charging at me, waving a large knife and screaming, I do not want to take the chance on stopping him with two or three or four shots.

Then we have the prefragmented rounds, say the Glaser and the Magsafe. It turns out, unfortunately, they sometimes aren't all that effective. People have survived being shot by them in the leg or butt.

What works best of all is the hollow-point in a large caliber handgun. Say, the .45 or the .357 Magnum, or the .40 caliber, or a bottleneck cartridge like the .357 Sig Sauer.

I'm a fan of the Sig Sauer myself. I've owned .38s and 9mms and will never own either one again.

If the government, which is not your friend in the slightest, had its way, you'd be able to carry one bullet (like Barney Fife) before they banned guns completely. So, of course, you want that one bullet to do its job.