"People simply feel better about themselves when they’re good at something." - Stephen R. Covey


The phrase "the pursuit of happiness" in the Declaration of Independence is a mistranslation of the Greek word eudaimonia, which is better translated "well-being," or best of all, "human flourishing."

It is achieved by arete, which means "excellence." The Greeks thought human flourishing was achieved by excellence in your chosen field of endeavor. Sometimes the word "virtue" is used for arete, the correct translation of it being, "the powers of Man."

The question is raised: how do you achieve excellence?

Psychologists, sociologists and even economists have thought long and hard about how to achieve happiness. They have even done quite a few experiments.

They have come to some very interesting conclusions.

Money alone doesn't bring happiness and fullness and abundance. Once you make enough money so that you don't have to worry about money anymore (which is about $40,000 a year), there is no added happiness in making more money. Is Bill Gates the happiest man in the world? George Soros? Warren Buffet?

Plato supposedly wrote (it was probably one of his students) that arete was "The good composed of all goods; an ability which suffices for living well; perfection in respect of virtue; resources sufficient for a living creature."

So then, how does one gain well-being?

Meaning and purpose in life brings happiness. Autonomy. Community (which I've heard called "networking"). Meaning, autonomy and community brings happiness. Those things allow you to be as excellent as you can be in your chosen field.

Our schools, our jobs and in some ways our society, is set up to deny us our ability to achieve excellence (unless you are an athlete, and you have to be a really good one). Our schools are set up to produce a standardized product. What kid does not hate school? There is a reason for that.

You have to do what you are good at to achieve well-being and excellence. Some kids show their talent at an early age, sometimes at five years old. School is supposed to identify and develop those talents.

Gaining happiness and satisfaction is through fulfilling all your talents, and as the philosopher Brand Blanshard has said, "I'm inclined to think the person does the most for the world by being his own self in the fullest measure." (Spinoza, hundreds of years before, said essentially the same thing).

Putting into effect the Four Cardinal Virtues is a good thing, too. Justice and Courage sound like good things; Prudence and Temperance, don't, to many people.

Yet Prudence is correctly defined as "using reason to discover the laws that govern reality." It’s not just theoretical knowledge; it’s also practical knowledge - putting what you know into effect.

Let’s use economics and political science as an example. Someone who is prudent will discover and understand the economic and political laws that govern reality, and put them into effect.

School don't teach any of these qualities - not eudaimonia, not arete, not the Four Cardinal Virtues - because the public schools are so rigid, so bureaucratized, and so standardized that kids hate it (think Ferris Bueller's Day Off). We are supposed to be little more than cogs in a machine.

Many churches don't teach those qualities, either. 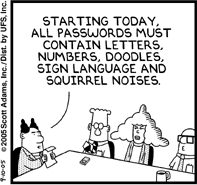 And now we come to work. When jobs are cubicleized (Dilbert and the cult classic Office Space) people end up hating their jobs. This is why so many people are trying to work for themselves.

The more the government grows and interferes in people's lives, the more bureaucratized and oppressed people's lives become (statism is the most dangerous religion in the world).

How can you be happy when you're a slave or an indentured servant?

The more the government grows, the less autonomy, the less meaning and importance there will be, and therefore the less well-being and flourishing and excellence in life people will experience. It'll get to the point people won't even know what those qualities are.

Yet some people want the government to grow because they think it can take care of them and provide "security." They are clueless as to the true nature of government run amok. But they will learn. They always learn, through the School of Hard Knocks.

The Founding Fathers, who had the whole of history before them, knew what they were doing in setting up an economically and politically free society. Only with those freedoms can you achieve excellence and abundance in life. That's why every society that is not politically and economically free is a Hell on earth, and why they always collapse. And the U.S is quickly getting there. And in some very importance ways, it already is there.

Any country that offers more autonomy and freedom than the U.S. will kick our ass. The blind nationalists can deny that all they want ("The United State is the greatest country on earth, and if you don't believe that, leave!"), but they are fools, as big of fools as the leftists who hate this country and wish to see it destroyed.


"These virtues are formed in man by his doing the actions ... The good of man is a working of the soul in the way of excellence in a complete life." ― Aristotle