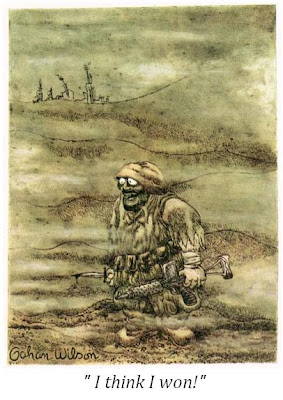 I first saw Gahan Wilson's cartoons in "The Magazine of Fantasy and Science Fiction" when I was about 12. Then I saw them in "Playboy."

He was very much influenced by Charles Addams, of "Addams Family" fame. Wilson has never talked about his politics as far as I know, but he clearly has a lot of sense, as illustrated by this cartoon.

A lot of science-fiction writers tend to be libertarian, so I suspect Wilson leans that way.

Gahan's not likely to be Libertarian. They seem to lack two things: Common sense, and a sense of humor.