This is for the people who think citizens cannot fight the government because it has a military, tanks, planes, etc.

The greatest sniper in history was the Finn Simo Häyhä (December 17, 1905 – April 1, 2002), nicknamed "White Death" by the Russians. That was because during WWII, when Russia invaded Finland, Simo killed at least 505 of the Russian invaders, using a modified Mosin-Nagent rifle. These are confirmed kills. He may have gotten around 700. 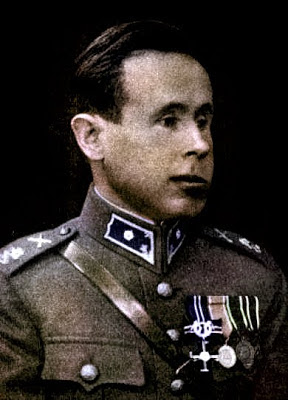 That is indeed impressive, most especially since he was averaging five kills a day, in temperatures that ranged from -40 to -20 Celsius. And he did all of this is less than 100 days.

The rifle he used was a Finnish militia variant of the Russian-made Mosin-Nagant rifle. He used iron sights. Real hi-tech!

The Russians used artillery to try to kill him. It didn't work. They used counter-snipers. That finally worked when he was shot in the jaw. He lived, fortunately, and when he regained consciousness the war was over.

He lived to be almost 100 years old. And maybe he was so hard to kill because he might have been hard to see - he was only 5'4".

I do not know the specifics of the war between Finland and Russia, but I don't have to know them. I know the general principles that apply to every war.

"We are going to civilize you....your land has always been part of our country." The first is an illustration of that old saying, All Tyrants Call Themselves Benefactors. The second is: we're taking back what we falsely claim is rightfully ours.

But totalitarians always say, "We're here to help you." But they never do. Incidentally, the Nazi regime told the Swiss they were really German, that Switzerland was really part of Germany....and the Swiss, armed to the teeth, told the Germans, "Come and get us." The German military decided it wasn't worth it...and Switzerland sat out the war unharmed.

People should study history before they offer their opinions about citizens can and cannot do about repressive governments and their militaries.

For that matter, the Second Amendment is about one thing and one thing only: protecting yourself from crushing tyrannical government. The Founding Fathers knew what they were doing. They had all of recorded history before them.

Later Häyhä served as a POW camp guard.Because of his size,they laughed at him a little bit at first,but that figure stopped grinning quite effectively.
Couple of other names from Winter War:
Jorma Sarvanto(dropped six bombers in one flight)
Larry Thorne