The Perversion of a Symbol of Well-Being

Some years ago I was sitting at a stoplight in a city I used to live in when I happened to look up. What I saw carved into a line halfway up the building was a line of swastikas. I was a bit surprised, since the swastika is a sign of Nazi evil. Yet this building was built about 1920, long before the Nazis.

What was going on here? So I investigated.

Turns out the swastika is a symbol of well-being, and has been for thousands of years. The Nazis destroyed it, although only in the West, but not in the East.

In the West, long before WWII, it was used as a shoulder patch by some American troops. And it was on postcards. There are swastikas all over the U.S., some even in churches. Of course, this was long before the Nazis. But among some people it has gone from a sign of well-being to a sign of evil, to the extent they throw conniption fits.

Symbols have interested me for a long time. A symbol is something that can join people together, like the American flag. Or it can tear them apart. It can be a sign of good, or a diabolical sign of evil.

By watching symbols, we can see what is happening to society. Christian symbols are still well-known by everyone, but with the collapse of Christianity and society others are becoming well-known. Look, for example, how many people are trying to remove the cross from public view. This is an attempt to destroy Christianity.

And look how many people have those multicultural "Coexist" bumper stickers on their cars.

Some years ago I was walking by a house and glanced at the front door. They had a pentagram on the door made from sticks. Later I found out they were pagans. Their ten-year-old son told me about his family, "We're pagans and don't believe in God." I thought, hm.

What is this a symbol of? 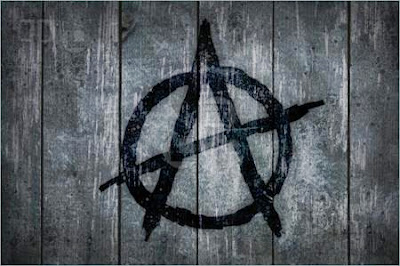 Symbols can be used for propaganda. There is a technique in propaganda known as Transfer. As Wikipedia states:

"Transfer is a technique used in propaganda and advertising. Also known as association, this is a technique of projecting positive or negative qualities (praise or blame) of a person, entity, object, or value (an individual, group, organization, nation, patriotism, etc.) to another in order to make the second more acceptable or to discredit it. It evokes an emotional response, which stimulates the target to identify with recognized authorities. Often highly visual, this technique often utilizes symbols (for example, the Swastika used in Nazi Germany, originally a symbol for health and prosperity) superimposed over other visual images. An example of common use of this technique in the United States is for the President to be filmed or photographed in front of the country's flag."

What is this a symbol of?

This is supposed the amount of production in society: "a medium of exchange; a unit of account; a store of value."

That's starting to go away. Someday it will be a symbol of nothing, after people have lost faith in it. But them, symbols are ultimately based on faith.

And when a symbol of well-being is perverted (such as the dollar bill), it's over for that symbol.

When I was a soldier in S. Korea, we were taken to a Buddhist monastery. All over the ground were swastikas etched on the dusty ground.

A fellow soldiers assumed that neo-Nazis were about. I then pointed out the original meaning of the swastika.

That's what happens when a certain people (Spielberg is one of their ilk) run Hollywood and the media, they twist history (and it's symbols like Swastikas) for their own ends. They try to portray themselves as the victims and other people as the evil perpetrators.

For example UKTV History is dominated by documentaries on the Holocaust and the 'Evil NAZIs' (TM) day after day. It's no wonder that people end up thinking that the Swastika is only a NAZI symbol because that's all they are ever shown.

Here's the Wikipedia page showing how widely used the Swastika was throughout many Indo-European cultures over thousands of years:
http://en.wikipedia.org/wiki/Swastika#Worldwide_use

People think the Nazis were the epitome of evil since they do not know the Jewish Bolshevists of Russia were at least twice as bad.