On Being Popular and Unpopular At The Same Time 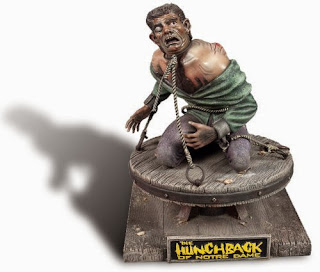 I've pointed out before I was a lot more popular with girls in high school and college than I thought I was. Women who were smart and funny tended to be attracted to me.

There was, however, a big problem with this.

It was one woman out of a hundred. To be precise, I was popular with smart funny women and unpopular with the mediocre and stupid (they quite literally treated me as if I was a monster). To use some words when I was growing up, it was a trip. I didn't get it at all until I figured out the problem.

I was also better-looking than I thought.

There is something about me that sets off the stupid and mediocre to the extent they act like they want me dead. They try to do hurtful things to me. They always have. They always will.

It was bizarre to hear some women say, "Oh he's funny and smart and interesting," and then hear others say, "I can't stand him, I can't stand to be in his presence." I acted no different for each group.

It was because of this I realized many women are not only ruled by their feelings, but childish feelings. And they blame their problems on men, as if men are responsible for what they feel. They don't even realize this, which means they are projecting their problems on men.

I also found there were guys who weren't popular at all. They were the Invisibles and the Undateables. I've known guys who spend their entire college life sitting alone in their rooms watching TV. Many women acted repulsed if they even talked to them.

And "Game" is not going to help these guys. It just repulses certain woman even more. It'd be like Liberace or Richard Simmons acting like an "Alpha."

In some ways I consider myself a monster (I still have eight monster models I built at 12). I mean a benign monster who is a warning and a demonstration. What has happened to me in the past is now happening to many guys currently.

If Parento's 80/20 Law holds, this mean 80% of men are unattractive to women through no fault of their own, and 20% of men are getting 80% of the women. However, these days, it seems to be even worse than Pareto imagined. Five percent of the guys getting 95% of the women?

Probably not. It's not possible to 95% of the women to be attractive enough for most men to be interested in them. But my general observation stands.

Most guys are horribly unpopular, through no fault of their own, and many women seem to think this is funny and somehow they "deserve" it. You know, that non-existent "male privilege."

This does not bode well for men and women and society. If only one of 100 women were attracted to me, what is it these days for most men? One out of 500?

Then there is the problem of some women thinking they are better than they are, and think they should get a guy out of their league. This has happened to me, and boy, that observation about "Hell hath no fury like a woman scorned" is true!

Although they think it is okay to scorn men. No wonder so many men are Going Their Own Way.

Scorn, contempt, disparagement. Sheesh. No wonder the marriage rate is hovering at 50%. I'm waiting until it falls below 50%. Now that will be, to paraphrase that old Chinese saying, an interesting time.

Houellebecq is said to be the guy who writes novel after novel about exactly this stuff.

He was born to write those books!:

http://en.wikipedia.org/wiki/Michel_Houellebecq#Early_life
The son of Lucie Ceccaldi, an Algerian-born French doctor, and René Thomas, a ski instructor and mountain guide,[3] Houellebecq was born on the French island of Réunion. He also lived in Algeria from the age of five months until 1961, with his maternal grandmother. As his website gloomily states, his parents "lost interest in his existence pretty quickly" and at the age of six, he was sent to France to live with his paternal grandmother, a communist, while his mother headed off to live the hippie lifestyle in Brazil with her newly met boyfriend.

I'm betting that 50% is a conservative estimate. I'm betting the reality on the ground is closer to 35%. But that is okay because of the multiculti influx of foreigners. Fuck this fucking stupid country.

I wonder if the evil will continue forever of if there will be unpredictable and disruptive reactions.