Great Men of the Past

"Erik Maria Ritter von Kuehnelt-Leddihn (born July 31, 1909 in Tobelbad (now Haselsdorf-Tobelbad), Austria-Hungary; died May 26, 1999, in Lans, Austria) was an Austrian Catholic nobleman and socio-political theorist. Describing himself as an 'extreme conservative arch-liberal' or 'liberal of the extreme right', Kuehnelt-Leddihn often argued that majority rule in democracies is a threat to individual liberties, and declared himself a monarchist and an enemy of all forms of totalitarianism. Described as 'A Walking Book of Knowledge', Kuehnelt-Leddihn had an encyclopedic knowledge of the humanities and was a polyglot, able to speak eight languages and read seventeen others. His early books The Menace of the Herd and Liberty or Equality were influential within the American conservative movement. His best-known writings appeared in 'National Review,' where he was a columnist for 35 years.

"Kuehnelt-Leddihn was born in Austria. At the age of 16, he became the Vienna correspondent of 'The Spectator.' From then on, he wrote for the rest of his life. He studied civil and canon law at the University of Vienna at the age of eighteen. From there, he went to the University of Budapest, from which he received an M.A. in economics and his doctorate in political science. Moving back to Vienna, he took up studies in theology. In 1935, Kuehnelt-Leddihn traveled to England to become a schoolmaster at Beaumont College, a Jesuit public school. Subsequently he moved to the United States, where he taught at Georgetown University (1937–38), Saint Peter's College, New Jersey (head of the History and Sociology Department, 1938–43), Fordham University (Japanese, 1942–43), and Chestnut Hill College, Philadelphia (1943–47). In a 1939 letter to the editor of the New York Times, Kuehnelt-Leddihn critiqued the design of every American coin then in circulation—except for the Washington quarter, which he allowed was 'so far the most satisfactory coin'—with the Mercury dime judged to be 'the most deplorable'.

"After publishing books like Jesuiten, Spießer und Bolschewiken in 1933 (published in German by Pustet, Salzburg) and The Menace of the Herd in 1943, in which he criticized the National Socialists as well as the Socialists directly or between the lines, he could not return to Nazi-occupied Austria.

After the Second World War, he resettled in Lans in Tyrol where he lived until his death.[4] However, he was an avid traveler: he had visited the USSR in 1930–31, and eventually traveled to every state in the United States.

"Kuehnelt-Leddihn wrote for a variety of publications, including 'Chronicles,' 'Thought,' the 'Rothbard-Rockwell Report', 'Catholic World,' and the Norwegian business magazine 'Farmand.' He also worked with the Acton Institute, which declared him after his death 'a great friend and supporter,' and was an adjunct scholar of the Ludwig von Mises Institute. For much of his life, Kuehnelt was also a painter; he illustrated some of his own books.

"According to his friend William F. Buckley, Dr. Kuehnelt-Leddihn was 'the world’s most fascinating man”.

"His socio-political writings dealt with the origins and the philosophical and cultural currents that formed Nazism. He endeavored to explain the intricacies of monarchist concepts and the systems of Europe, cultural movements such as Hussitism and Protestantism, and the disastrous effects of an American policy derived from anti-monarchical feelings and a concomitant ignorance of European culture and history.

"Kuehnelt-Leddihn directed some of his most significant critiques towards Wilsonian foreign policy activism. Traces of Wilsonianism could be detected in the foreign policies of Franklin D. Roosevelt; specifically, the assumption that democracy is the ideal political system in any context. Kuehnelt-Leddihn believed that Americans misunderstood much of Central European culture, including but not limited to the Austro-Hungarian Empire, and Kuehnelt-Leddihn claimed this was one of the contributing factors to the rise of Nazism. He also highlighted characteristics of the German society and culture (especially the influences of both Protestant and Catholic mentalities) and attempted to explain the sociological undercurrents of Nazism. Thus he concludes that sound Catholicism, or sound Protestantism, or even—probably—sound popular Sovereignty (i. e. German-Austrian unification in 1919) all three would have prevented National Socialism, although Kuehnelt-Leddihn rather dislikes the latter two.

"Contrary to the prevailing view that the Nazi Party was a radical right-wing movement with only superficial and minimal leftist elements, Kuehnelt-Leddihn asserted that Nazism (National Socialism) was a strongly leftist, democratic movement ultimately rooted in the French Revolution that unleashed forces of egalitarianism, conformity, materialism and centralization. He argued that Nazism, fascism, radical-liberalism, and communism were essentially democratic movements, based upon inciting the masses to revolution and intent upon destroying the old forms of society. Furthermore, Kuehnelt-Leddihn claimed that all democracy is basically totalitarian and that all democracies eventually degenerate into dictatorships. This he did not say of 'republics' (which word, for Kuehnelt-Leddihn, has also the meaning of what Aristotle calls πολιτεία), e. g. Switzerland, or the United States as to its Constitution; however in his view, the United States has been to a certain extent subject to a silent democratic revolution in the late 1820s. 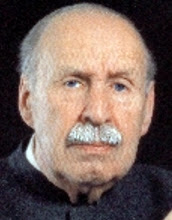 "In Liberty or Equality, his magnum opus, Kuehnelt-Leddihn contrasted monarchy with democracy and presented his arguments for the superiority of monarchy: diversity is upheld better in monarchical countries than in democracies, monarchism is not based on party rule, and it 'fits organically into the ecclesiastic and familistic pattern of Christian society"'. After insisting that the demand for liberty is about how to govern and by no means by whom to govern a given country, he draws arguments for his view that monarchical government is genuinely more liberal in this sense, while democracy naturally advocates for equality, even by enforcement, and thus becomes antiliberal.[ As modern life becomes increasingly complicated across many different sociopolitical levels, Kuehnelt-Leddihn submits that the Scita—i.e., the political, economic, technological, scientific, military, geographical, psychological knowledge of the masses and of their representatives—and the Scienda—i.e., the knowledge in these matters that is necessary to reach logical-rational-moral conclusions—are separated by an incessantly and cruelly widening gap and that democratic governments are totally inadequate for such undertakings."