The Mirror of Humiliation 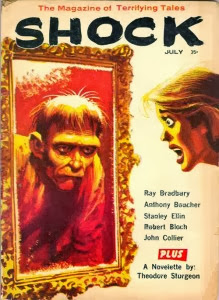 There are three concepts I keep in mind: model, mentor, mirror.

A model is someone you model yourself after, especially when you are a kid. One of my nephews, when he was little, had this obsession with a cartoon character named Bravestar, and he was so enamored of him he talked his mother into making him a costume, which he wore around the house. That's a model.

Incidentally, the villain's name was Tex Hex, and it intrigued me that my nephew was only interested in being the good guy and not the bad one. So there are good models, who we want to imitate, and bad ones, which tell us that is which we don't want to be.

We all know what a mentor is: someone who mentors you and shows you the ropes.

The least known of these concepts is that of the mirror. A mirror is someone in which you can see yourself in their behavior and comments.

And therein lies a tale.

When I was in high school (perhaps 16) I was walking to a party a few neighborhoods over. I do remember it was dark, since parties generally didn't get going until about eight.

As I was walking down the street I saw coming towards me a girl I knew from school. I knew who she was but had never talked to her.

She wasn't good-looking. She wasn't ugly, but she wasn't attractive, and chunky, the kind of chunky that even if she lost weight she'd never have a nice body.

She gave me a look of fear. She knew who I was but I suspect didn't know my name, but recognized me. But why was she scared of me?

I was so mystified by this I walked by her and didn't look at her or say anything.

I thought about it later and wondered what her life was like.

I'm sure she never had a boyfriend, had probably never kissed a boy, and wasn't popular at all. Mostly, I suspected, she was completely ignored. Ostracized, by both boys and girls, never invited to parties...nothing. What an awful life.

In other words, I think she felt humiliated, and that's where that look of fear came from. She probably thought, in one way or another, I was going to add to her humiliation.

I wondered what it like was spending your life alone and ignored. Everywhere she looked, what people were mirroring to her was, "You don't count at all."

Imagine what it would be like if everyone you met looked at you with contempt and disgust, or told you from the beginning that you were nothing, or responsible for all kinds of problems, none of which you were responsible for. That attitude, if if went on long enough, would get inside of you and become part of your character.

How would you respond? Some people would feel guilty and think they deserved what they got. That way leads to guilt, depression and self-abasement.

I see a lot of the attempt to humiliate people these days. I see it in life, in the media, and in the schools.

Some years ago I went to pick up one of my nephews early from school. As I was standing in the hallway I saw a pudgy, unattractive female teacher manhandling a shrieking little boy into the "time-out" room. It happened so fast I could do nothing.

At the time I thought, "She an idiot and shouldn't be teaching boys." What did she think this boy was going to learn from this humiliation? To hate school, hate teachers, and to hate some women?

He certainly wasn't going to learn to behave himself, contrary to her delusions.

Another time I was standing outside a school and saw a pudgy, unattractive (and female-hysterical) teacher talking to a mother: "I am very upset!, etc. etc. etc."

The boy, who was about six, was standing there stone-faced.

It turned out this boy had told his teacher he didn't want any black kids attending his birthday party at the school.

The teacher, who was clearly a liberal, was blaming the boy's attitude on the boy, and not on the unpleasant blacks students. This teacher was attempting to shame and humiliate the boy in public, in front of his mother.

I wonder sometimes if the mother told the boy, "Ignore the teacher, she's a moron, and you have the right to invite to your party whom you want."

Everyone gets humiliated sooner or later. But these days, it seems to be young boys, teenage boys and men who are the objects of it, and a lot of it.

I see it on TV, in the movies, in the media, and in the schools.

This is one of the reasons the Manosphere exist. It is an attempt to replace humiliation with pride. Hubris followed by Nemesis.

1) The refusal to get married and have kids. Today that is a sucker's game. Why should a man suffer the unfairness and humiliation of possibly losing his money, home and kids to a unfair woman and unfair laws? (This is actually "stonewalling," which is a reaction to being treated with contempt.)

2) The PUA lifestyle. This is based on contempt for women, contrary to protestations. It's based on turning the tables and having power over them.

The Men Going Their Own Way lifestyle. This is based on having power over your own life and attempting to avoid unfairness and humiliation.

None of these are good things, but they were predicted.

The worst of things is men go longer getting married and having children, and instead making only enough to support themselves, with no surplus. That means The End of Things as We Know It.

After all, who wants to not be appreciated and respected and instead be treated with contempt?

What many men are having mirrored back to them is that they are suckers, they don't count, they get what they deserve, and that they are the bad guys.

The guilt and depression were the ways I handled it most of my life. The "manosphere" - for lack of a better word - including sites like this opened my eyes to what was really going on in a way that years of therapy never did. During my years in the beta/white-knight fog I did things that were so incredibly self-defeating that can't be undone. But now at least I understand where they came from and can guard against similar dumb-ass moves in the future. Thanks, Unc! (Although I believe I am older than you)

You've got a darn good blog here. I set it up in my alert add-on in firefox so every time I start my browser it lets me know if there's a new post here.
I looked at the divorce rate and how all my friends and co-workers were treated when their wives threw them out. And two of those friends had their wives either accuse them or threaten to accuse them of unspeakable crimes. One of them who cheated on his wife (since she was totally frigid for 2 years) anyway she went nuts with rage and filed the accusation. She recanted 4 hours later but the system didn't let him go for 3 months and by then his life was destroyed.
I agonized over it for about 4 months, making lists of pros and cons in marriage and finally I had to give up on the idea. That was 1997. Before I had any contact with the manosphere.
So it's my opinion that I didn't choose not to marry due to nemesis, but rather as a logical calculation of the risks vs the rewards that come with marriage. It simply doesn't pencil out, so I didn't do it. That was 16 years ago and I haven't seen any reason to change my mind yet.
I have a family wage career and a nice house on a half acre and could support a family but the risks just don't justify it. By the way I'm vention1MGTOW on you tube.