"Monsters are real, and ghosts are real too. They live inside us, and sometimes, they win." - Stephen King


I have half-a-dozen monster models I built when I was 12 years old. 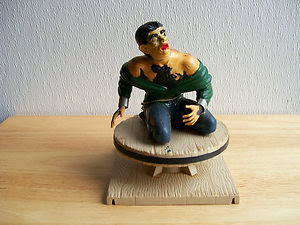 I've had to rebuild them several times, but I have never minded doing it.

Even now I like monsters. It took me a while to understand why.

Again I'll point out the word "monster" comes from the word "monstrum," which means "an aberrant occurrence, usually biological, that was taken as a sign that something was wrong within the natural order.

"However, the root of 'monstrum' is 'monere' — which does not only mean to warn, but also to instruct, and forms the basis of the modern English demonstrate. Thus, the monster is also a sign or instruction. This benign interpretation was proposed by Saint Augustine, who did not see the monster as inherently evil, but as part of the natural design of the world."

A monster is a sign, a warning, an instruction or advice, that something is wrong. It is helpful to pay attention to what monsters are telling us. (As an aside, and certainly a relevant one, the word "money" is apparently derived from "moneta" and again means a warning or demonstration. Now put your Thinking Cap on wonder about that for a while.)

"He did that because he is evil," some people say. "We were attacked for our goodness because they are evil."

It's always "We are good and they are evil."

Yet in fiction, monsters are often sympathetic. Think Frankenstein, or Quasimodo (that guy above). They're monsters, they do bad things, but they are not evil. And since fiction imitates life...there are no purely evil monsters in real life. We just define them as evil. But they're not, because there is always some good in them.

A sympathetic monster is one whom people consider pure evil, even though he's not.

Stalin was an unsympathetic monster. So was Pol Pot.

When you speak of monsters you have to also speak of the archetype of the horror story: Order invaded by Chaos, "Good" attacking "Evil." Stephen King, in his book, Danse Macabre, referred to it as the Apollonian attacked by the Dionysian.

Although King did not elaborate on it, Dionysus was a fertility god. And in Dionysian riots, people are sacrificed to "renew" society.

The true monsters are the ones who believe in sacrificing certain people, whom they see as evil, since they believe that society will be reborn. They are self-righteous, they believe they are always right, they see their opponents as bad people on whom they blame all problems.

When the point of view of the victimizer is taken, the victim deserves what he gets. He is a sacrifice. It is not the true monster who is sacrificed. It is the monsters who do the sacrificing.

Dracula, for example, sacrificed innocent people to renew himself and keep himself alive. That is why he is not sympathetic, unlike Frankenstein, Quasimodo, or the Wolfman (who didn't want to be the Wolfman and was horrified that he was). 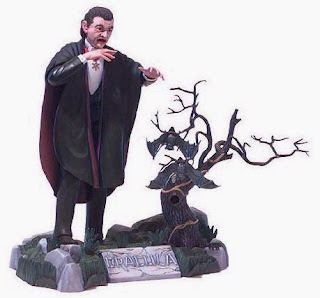 Once these "monsters" are gone, society will be renewed. Supposedly. In reality, no. And it is the true monsters doing the sacrificing, who want to destroy the order of society because they think something better will arise. Which it won't.

The Russian writer Dmitri Merejkowski saw the same thing that Nietzsche did: there is a religion in which Man is sacrificed to Man. It is the monsters doing the sacrificing by claiming the innocent are the real monsters and deserve what they get.

The French philosopher and theologian Rene Girard, author of Violence and the Sacred and Things Hidden Since the Foundation of the World (and who was influenced by Nietzsche), thought the function of a sacrifice was to renew society, however imperfectly, and another theologian, Walter Wink, agreed with him, calling it "the myth of redemptive violence," i.e., the world can be reborn through violence and sacrifice of the innocent.

Dionysus belongs to what Mircea Eliade called "the myth of the eternal return." This myth has roots in non-Christian classical civilization, and in it the creation of society is followed by the degeneration of it and then by regeneration.

In other words, the real monsters destroy society by turning the innocent in faux monsters and sacrificing them. Society collapses and rebuilds itself...then the cycle repeats.

In Indian philosophy we are in what is known as the Kali Yuga. It means "Age of the Demon." Age of the Monster.

The problem is that most people cannot see who the real monsters are. Only a very small minority can identify them. And only a few listen to these prophets. The rest mostly mock and attack them.

There are monsters and then there are "Monsters" who do monstrous things.