I Never Watched Breaking Bad But It Doesn't Matter

"The truly free individual is free only to the extent of his own self-mastery." - Unknown 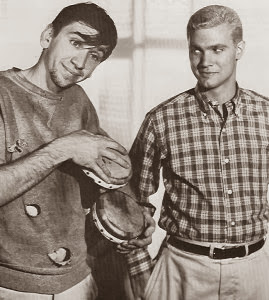 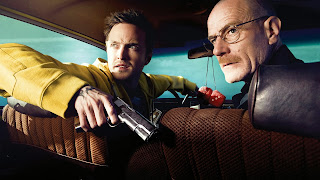 I never watched Firefly either, because I was never home on Friday night. I did buy the series, and it was exactly as I predicted: it was about freedom from the State, and having a home.

I never watched Breaking Bad because I don't have cable and rarely watch TV. I will, however, buy the series, and I already know what it will be about: freedom, just like Firefly. These days, any truly popular and edgy series will have to be about freedom.

How do I know these things? Artists, as Ezra Pound wrote, are the antenna of the race. And it's been noticed for a few thousand years that art imitates life. So the artists who made the series are reflecting life back at us. So all I have to do is look at modern American society and wonder, "What kind of series would I write?"

I'd write one about a guy who follows all the rules and still gets fucked over. He gets advanced degrees, founds a company, tries to be a good guy and be a teacher...and still gets clusterfucked. Just as is happening today.

So what does Walter do? For one, he gets revenge. Revenge is caused by feelings of humiliation, and the vengeance is an attempt to replace humiliation with pride. The Greeks called it Hubris followed by Nemesis, and the original definition of Hubris was to humiliate someone in public.

Walter dumps the rat race and goes out on his own. And makes a lot of money. And that's just about what you have to do today: strike out on your own to be able to support yourself.

He goes from being a chump to having control and mastery over his own life. It was probably the first time in his life he felt truly alive. He is about as close to a free man as he possible today. Unfortunately, he goes from a good guy to a bad guy (notice I didn't use that cheap, facile, meaningless word "evil"). That makes it a cautionary tale, one that is jammed up your nose: humiliate people, fuck them over, prevent them from achieving justice, and some of them will become bastards, which they have to do just to survive.

All of these things are happening today in America. You can't get a decent job and support yourself and your family. You're treated like crap by the government and at work. People have fantasies or revenge. And crime is going to be worse and worse because there is so much more money in the black market instead of working honestly and having the State impoverish you and crush your balls.

TV didn't used to be like this. There is popular channel on TV known as ME-TV, and I watch it because I am fascinated by it. All those programs, all before my time, were mostly about family and community - goofy stuff like Dobie Gillis and The Munsters, not so goofy stuff like Leave It To Beaver and Andy Griffith. They were always about family and community, which is something we are way short of today. And anyone with one eye half-open knows this.

Now we have popular problems about revenge and being screwed by the government and businesses. That says a lot about society and the government - none of it good.

Problem is instead of trying to screw over the government or corporations, they screw over their friends and family. Or anyone hapless enough to cross their paths.

Sooner or later, it all falls down.

Unfortunately, he goes from a good guy to a bad guy. That makes it a cautionary tale, one that is jammed up your nose: humiliate people, fuck them, prevent them from achieving justice, and some of them will go bad, which is what seeking long-term revenge will do to you.

The main characters evolution in this series was captivating - watching him as "Walt", trying to be a drug thug, and then ultimately become "Heisenberg", trying to maintain his place as a regular person in the world.

The tension of the blurred lines of corruption, between the legal and illegal, the interpersonal and the "big picture", was the highlight of the show, I thought. Hope you get a chance to watch it.

Another great post Bob. You have totally nailed the Economic/Social situation today: treated like shit by government and at work. It is the same in Europe as America.

i think Game of Thrones, precisely because of the nihilism inherent in the plot turns (good guys always seem to lose), has struck a chord

i think of 70s/80s liberal message movies like china syndrome and brubaker-- they'd go straight to video these days. the only thing left that hollywood has that anybody wants is reality tv programming-- and that has already jumped the shark

GTA bagged a billion in 3 days-- that tells you all you need to know about where the focus in entertainment is going these days. gaming culture is replacing pre-programmed tv/movie.

I'm not so sure that artists are all about freedom. Many if not most artists seem to be quite liberal in their world views. Today's liberal is not yesterdays liberal, in that the today's lib seems to only want freedom for those that agree with them.

Artists today are very much anti-freedom and intolerant of those they despise and they almost universally think themselves wise and enlightened and the rest of us as followers and uncreative. I know there are exceptions, however, my experience with those types is mostly negative as I find them to sneer down their noses at general, workaday society.

I guess that they are pro-freedom when it comes to receiving tax-payer supported grants, etc.