Watching The Sun Go Down

"I, however, place economy among the first and most important of virtues, and public debt as the greatest of the dangers to be feared." - Thomas Jefferson 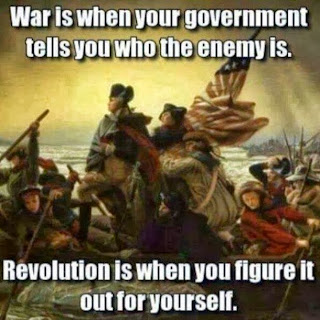 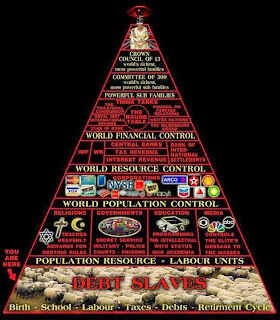 I work for myself. I don't make as much money as I used to, but I don't care. Why? Because I'm free (I don't have any credit cards and I'm not in debt). You're not free when you're a wage-slave so in debt you'll be a slave until you die - which will most probably happen when you keel over at age 75 while being a greeter at Wal-Mart. For minimum wage.

For example, sometimes I go out in the evening, smoke a cigar, and watch the sun go down, usually with my girlfriend, sometimes by myself. It's better than TV.

After all, before TV, what did people do? As for my girlfriend, she loves making me sammiches. For that matter, if a woman won't make you a sammich, dump her. 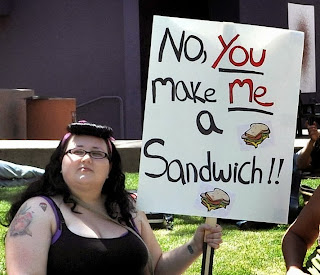 The word "monster" means a warning and a demonstration.


I am reminded of some of the lyrics to the Kinks' "Victoria": "'though I'm poor I am free."

In fact, I would like every man withdraw from being a wage-slave. Imagine how fast this obscenity would collapse - and the faster the better, so we can start over. We're going to have to do it because I cannot see the current situation being reformed.

Perhaps if there were lots of decent high-paying jobs, as happened until wages peaked in January, 1973, I'd be more liable to work harder, buy a house, and all the rest of the now-existent American Dream. But since the traditional American Dream is gone, I have to make my own. And so do you.

The largest employer in America is Wal-Mart, and the second largest employer is actually a temp agency (Kelly Services). McDonalds encourages its workers to get welfare, so we are subsidizing these "free-market" employers. It may be hard to believe, but about ten percent of jobs are at temp agencies.

One of the reasons for this wage-slavery is because women have moved into the workforce, driving wages down. So the more people who participate, the more people who are subjugated. In fact, the attack on patriarchy has led to more women entering workforce, while patriarchy previously allowed them to stay in their homes. One thing that has to be done is to get most women out of the workforce. This won't happen until some sort of collapse.

My father was a general contractor - and a high-school drop-out. He was able to provide a middle-class living. He once told me, a few years ago, "What I did I could not do today." I did not say anything. Other people have told me the same thing, including the wife of a man who was a CPA - and he graduated with a C average from a small college I had never heard of. Yet they had what I would refer to as an upper-middle-class house.

I blame these problems on the government's interference in the economy. It's astonishing how badly the government can screw things up. It's like it's some kind of demon casting spells and laying waste left and right. It's almost as if the purpose of the State is to crush and humiliate us.

I've pointed out before that if wages had kept going up as they had during the '50s, the average salary would be about $90,000 to $100,000 a year. But again, they peaked in January, 1973, have bounced up and down since then (just a little) and have recently been declining.

I get the impression that the State/Corporations wants all of us to live in cinder-block apartments, eat rice, and work 12 hours a day, six days a week. North Korea, anyone?

Apparently we're supposed to be replaceable cogs in a machine. I decline to do this.

I also wonder what would happen if everyone refused to go into debt? That would be something to see!

I have thought for many years one of the purposes of life is to be the best you can be at what you are good at. It's why the ancient Greeks said that eudaimonia (flourishing/well-being) is achieve through arete or excellence. Unfortunately it's getting harder and harder to achieve that goal.

The Machine is near breaking down. It's always broken down in the past, without exception. Why should we be any different?

We have, unfortunately, become Outsiders and Outcasts in our own country, so we have to make our own way.


"You can't conquer a free man; the most you can do is kill him." - Robert Heinlein

I don't think that fat feminist needs another sammich...

As for the rest of it Bob - it ain't the gubbermint. It's us. The average American is a toy addicted, brain dead moron who can't be trusted with a credit card. Your present gubbermint merely reflects the electorate.

You're right that the machine has broken down in the past. But it always came back. When it breaks down again, won't it just come back again?

In the long run, yes.