Who is This Homo?

Thoughtcrime: "The criminal act of holding unspoken beliefs or doubts that oppose or question the ruling party." 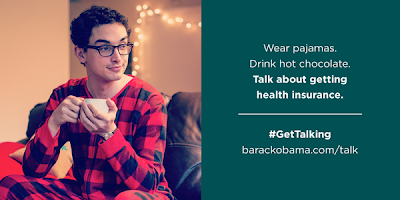 I don't use words like "Alpha," "Beta," etc. except to point out how silly they are. They're also something else...kinda gay. (Lisp: "I'm the Alpha and you're the Beta, you fag! And I'll bitch-slap you if you say otherwise!")

It is embarrassing to use terms like that to describe yourself and others. I cannot in public say the words, "I'm an Alpha," or "I'm pretty Alpha." I cannot do it. The only person I've seen make this claim on TV is Ted Nugent (he says it over and over). I know people who know him; they don't like him because he is what the British call "unclubbable." No one wants him in their club.

These words were never used when I was a kid. We knew what we are, and we didn't need labels.

That guy in the photo? We had a word for him when I was a kid. Homo. Everything about him screams, "HOMO!!!" Specifically, left-wing, Democrat-voting homo. And isn't homosexuality almost always leftist, Democrat, and these days, Obama-fellating?

If we didn't call them fags and homos we called them pussies (I was surprised to see Walter White's son in Breaking Bad call him a pussy). I once saw a son call his father one (he wasn't serious), and even my sister once got so angry at me she sputtered, "You pussy!" I chortled at that one, because I was genuinely amused.

Of course, being that manginas (now that is a good word) and pussies and faggots are being held up as exemplars of manhood these days (one of the reasons I don't watch modern TV is because of all the faggoty portrayals of men, which bores me) no wonder men have gone the other way and come up with what is supposed to be the epitome of men: the Alpha.

When I was a kid "Alpha" meant "dog couple that bred." How that got applied to men is beyond me.

These terms, "Alpha," et al, are of course a reaction to feminism. They're also a reaction to homosexuality, which is praised everywhere we turn. (By the way, a pedophile likes children and a pederast likes teenage boys.)

One of the ways out of these insecure terms like "Alpha" is to start telling the truth again: at their worst homos are disease-ridden child molesters unworthy of any emulation. At their best...they're Liberace.

I find it interesting that I see no one as an Alpha, or Beta, or Gamma, or whatever...and I still see repulsive, effeminate men as homos. And weak men as pussies.

It's bizarre that people cannot use these terms anymore. That's what happens when their minds are infected by Political Correctness - and they don't even know it.


"He will be despised if he has a reputation for being fickle, frivolous, effeminate, cowardly, irresolute; a prince should avoid this like the plague and strive to demonstrate in his actions grandeur, courage, sobriety, strength." - Machiavelli, The Prince

Alpha Beta Omega easy way to organize your thoughts regarding this FU mating culture in the US. I think the terms work. Get over it.

Ah, a leftist who cannot use terms that have been around for hundreds of years.

That "anonymous" is probably a homo.

Bob is correct. His well-articulated definition of these supposed "alpha's" is 100% correct. The most common use of the word in a biological sense is in reference to Canis Lupus, the wolf.

The "alpha male" is the head of a pack, a "family unit" and he mates with the alpha female, a female" that reproduces his offspring, is not on chemical birth control, does not have an I.U.D., hasn't had her vagina available to dozens of other male wolves, knows and understands her role in the pack hierarchy, isn't impressed with herself, doesn't take "selfies" and never watched "Eat,Pray,Love."

What you consider "Alpha", Mr. other "anonymous", are unstable frauds who have intercourse with unstable sluts, both groups bringing nothing to the table of civilization except destruction. Sir, you are an idiot and likely a basement-dwelling "Fag.".

Used "homo" in one of my posts today and later almost changed it after posting what conservative Christians taught me as a kid 35 years ago about being kind to people with problems. Anyway, the young man in the picture? Maybe. Or what you'd call a pussy and Roissy a beta. Either gay or one of those second-tier men, whatever you want to call them, who think that feminizing will get them dates. And of course there they're wrong.

"Alpha" fits especially now. If you take away artificial contraception (arguably one of the things that has ruined everything), they're the guys who breed, just like in the wild. In a Christian civilization they become, ideally, as you say, patriarchs. But also, like in '50s America, civilization means betas have sex too. In it, women need their support, grateful to have them and bear their children. (Now they marry the state: they take the betas' money but don't give them sex.) Of course God made alphas and betas; there is a place for both. Now, with the sexual revolution and the rest of the Sixties' aftermath, you have a return to the wild, to savagery, like Roissy describes. Of course it's not a good thing. It just is. The girls in their prime share alphas, the only men having sex, even though it's un-reproductive, and nice guys, like maybe the one in the picture, don't get any.

The map is not the territory, but the manosphere is a map.

Even I'm infected with that. I had some guy who makes coffee at a coffee house (he was a flamer) get really ignorant and I almost called him a faggot. But I thought, for all I know, they'd call the police. It might be illegal for all I know.

As for those term Alpha, etc. Here's what going to happen: many guys are going to claim they're Alpha and calling someone a Beta is going to be an insult...much like calling someone a homo. That's one reason among many I cannot support these terms.

After all, look at what it's done to the first posters here.

A pat on the back for having the intestinal fortitude to call a spade a spade. I'm grinning from ear to ear right now.

Who is this homo?

Makes me wonder how much he got paid for doing that? If I dressed like that, and with those glasses, I would look even more ridiculous than him.

I wonder if the 'alpha' is not an extension of what we used to call the 'Type A Personality'? We used the term to describe men that were (to put it politely) - aggressive in nature. Typically I saw this in short men. They regarded any disagreement with them as a personal threat, and they were hell on wheels if they ever got into management positions. Perhaps the concept has limited usefulness if applied correctly. For example, I have a beta male father in law. He has no will of his own, his wife owns him and he doesn't have the balls or the courage to stand up to her. As they say, if the shoe fits...

I am firmly convinced that the 'alpha' concept applies to women in spades. Bob has mentioned that women are naturally socialists and fascists by nature and that bears out in the concept. Women in groups will set up pecking orders that are strictly enforced - whether it's at work or at a book club. Look at Oprah Winfrey - clearly an alpha-bitch of epic proportions: she will make a proclamation and legions of women will accept it as fact and nod like bobble heads without question.

If I had to critique the manosphere I would say that we are obsessing over ourselves and feeling sorry for ourselves too much. We really need to be watching our women and seeing them as they are rather than projecting our preconceived notions and ideas on them and flaming them. We really need to think - because these days, they sure as hell aren't.