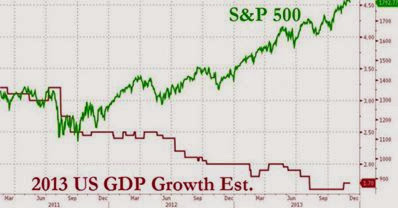 And we're being told the economy is recovering. Governments always lie.

This is what inflation does. When that extra money and credit is pumped into the economy, the people who already have money get it first. These days the money is going into stocks, and right before the bubble bursts the smart ones will pull their money out.

The political economist and historian Kevin Phillips has written that countries go through three phases: agricultural, industrial, then financial. When they enter the financial phase they are empires, then they collapse.

Since we are deep into the financial/empire phases the federal government is going to collapse.

I personally have no problem with this - good riddance to bad garbage, you know - but unfortunately it'll be the citizens who suffer. 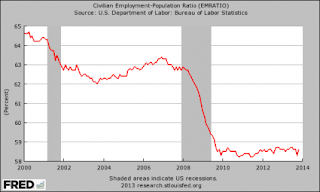 but unfortunately it'll be the citizens who suffer.

Yes, but it's what will rise out of the smoldering heap that's worrisome. Our ruling elite have the nasty habit of absolutely insisting the serfs and foreign nations do things their way and meting out disproportionate punishment if they don't. Everything is in place for the best of a Soviet style gulag.