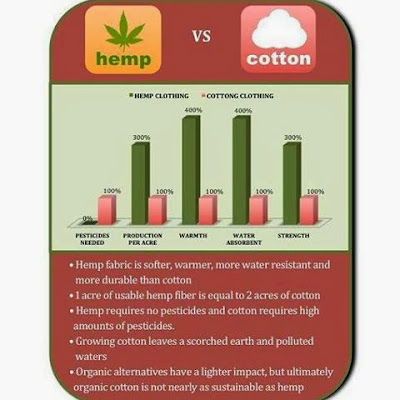 For the record, my drug use consists of a German white wine called Auslese and a occasional cigar.

That's it. I don't even use aspirin, because it doesn't work on me. Minimum, I need Tylenol with Codeine, which can legally be bought through the mail from Canada. I'm too lazy to get some.

However, unlike former President Bill Clinton, I did inhale as a teenager, from ages 15 to 17, on weekends. Then I quit. Some years later, I realized my use coincided exactly with that prison known as high school, which drove me so crazy I did little more than daydream in school and party on the weekends.

I haven't touched the stuff for decades. Except . . . several years ago, as I was walking down a handicapped ramp to my car, my feet flew out from under me and I crashed to the ground, landing on my back. The pavement was dry, and I still have no idea what happened. It was as if the Angel of Death had grabbed my ankles and pulled from the front.

Yes, I know there is irony in the fact I was almost crippled by falling down the handicapped ramp. I was even able to smile about the whole thing after I stood up.

I hit the concrete the hardest I have ever hit the ground in my life. That includes all the tumbles I took on ice during the winter. I found that it is an instinct to hunch your back so the back of your head doesn't hit. But I now understand how people get killed by falling down.

One second I was vertical. A fraction of a second later, I was horizontal. Gravity is not your friend. Neither is the law that mass times acceleration equals velocity.

I lay on the ground for a few seconds, wondering if I was hurt. No cracking of bones, no fountains of blood. No pain, either. Bizarrely, when I fell, I rotated my left wrist, so the soda I was holding in my left hand barely spilled.

Somehow, the keys which I was carrying in the same hand ended up 20 feet away. It took me five minutes, from the point of impact, walking in an ever-widening spiral, to find them in the grass.

The fall happened on a Thursday evening. I was fine until Saturday night. Then my left hip started to ache. Badly. So badly I was ready to go to the ER. I knew there was no major damage, just a bruised muscle or tendon. But no matter which position I was in, my hip hurt. And it hurt so badly I knew sleep was out of the question.

A few years ago I had tendonitis in my left shoulder, which is a swollen tendon. It hurt like you wouldn't believe. I ended up at the ER. The cost: $500, for a shot of painkiller. "That's all we can do for it," the doctor told me.

Fortunately, my insurance paid for most of it, but I swore I would never go to the ER again unless I was taken there unconscious. $500 for a painkiller? No wonder medical costs are out of control.

As I lay there with my aching hip, I wondered what I was going to do. I had no painkillers in the house, and nothing over-the-counter would even touch the pain I was feeling.

Then it occurred to me . . . before the State in its majestic stupidity had made marijuana illegal, doctors prescribed it for all sorts of maladies. Lack of appetite, for one, as everyone knows. That I knew about, considering how much French vanilla ice cream I inhaled on Friday and Saturday nights when I was in high school.

When it was banned, doctors opposed it. Hemp, as it was called then, was used for too many disorders to be so cavalierly dismissed by the ignorant and incompetent in government.

I remember doctors had prescribed it for insomnia, as a muscle relaxer for pregnant women, and for pain.

He gave me an amount about the size of a pea. He even lent me a pipe. I felt ridiculous, puffing on that tiny pipe like I was 16 again, but enough pain overcomes anything.

Much to my surprise, after about two minutes the pain in my hip started to go away. Not completely, but enough so that the pain was tolerable. And the muscles loosened up enough so that I could get up without groaning and cursing and staggering around like Frankenstein's monster. And I got sleepy.

And I wasn't high, either. I fell asleep, and when I woke up the next morning, the injury had healed enough so I could get around with a little bit of hobbling and grimacing. A few days later I was fine.

The total cost, according to my friend, if he had charged me for the amount I used, would have been a few dollars. That is obviously a heck of a lot less than $500.

Please don't tell me all about the horrors of drug use. I know all about them. I've seen kids shoot up when I was 15 years old, I've seen them die from ODs in ditches and from sniffing paint, I've seen alcoholics act completely normal when sober and like they were possessed by demons when they were drunk.

So, the attempts to equate the responsible, occasional use of a medicine by an adult, with the collapse of society, is simply ridiculous.

As far as I'm concerned, it should be part of everyone's medicine cabinet. Unless, of course, you have no problems shelling out $500 for an ER visit, just to get one shot.

But how about you be honest too? The drive to legalize weed isn't for medical purposes - it's driven by recreational users. Most of them are kids. Yes, I know there are a ton of elderly hippies out there still smoking with no apparent health defects as a result...until you look at them closely. How many have responsible jobs? How many of them have a checking account, never mind adequate funds for retirement? What are their kids and family like?

And don't tell me alternative drugs aren't available. No, aspirin won't dull all your pain. Nor will pot. That does not constitute grounds for the deregulation and mass consumption of morphine.

I want our kids to spend their money on GOOD things, Bob. Take that money for a bag of dope and go shoot a round of skeet or golf. Or put it away for flying lessons or travel. Kids should opening their minds and challenging themselves. Doing drugs clouds them and dares Darwin and Murphy.

I'm sorry, but you just can't make a case for pushing this shit.

How many responsible jobs are out there and how many are there going to be with all the out sourcing and in sourcing?

How can there be adequate funds for retirement when there are fewer and fewer adequate jobs?

I don't mean to be rude but I don't think you made an adequate argument for your side either.