"The creative power of Eros or Love, the passion for the good and the beautiful, the new and the exotic, the perfect and the immortal." - Maniataki and Mourdoukoutas


The Greeks, as far as I know, were the first ones to articulate that excellence in life (being good at what you do, and liking it) led to eudaimonia, or well-being/flourishing - joy, the feeling of being alive, to have life more abundantly. And that means gratitude, illustrated by what Meister Eckhart wrote: "If the only prayer you said in your whole life was, 'thank you,' that would suffice."

The Greeks wondered what it was in us that made us desire excellence/well-being. They decided it was Eros.

Some year ago I watched a pug give birth, and as I was watching, the thought occurred to me: "The desire for union gives birth to...everything?" 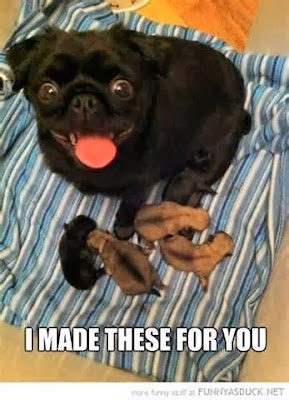 That's essentially what the Greeks thought. In one of their early myths, "Eros, the god of love, emerged to create the earth. Before, all was silent, bare, motionless. Now all was life, joy and motion."

Writes Rollo May in Love and Will: "...eros is the power which attracts us. The essence of eros is that it draws us from ahead, whereas sex pushes us from behind."

May had some other comments about sex and love from his book, which was written in 1969: "We fly to sensation of sex in order to avoid the passion of eros." That's why I smile when I read articles how about women can't love and are gold-digging whores, men should devote their lives to being PUAs...and other rationalizations and excuses.

"Eros is the drive toward union with what we belong to," wrote May, "union with our own possibilities, union with significant other persons in our world to whom we discover our own self-fulfillment. Eros is the meaning in man which leads him to dedicate himself to seeking arete, the noble and good life."

Eros has always been about the spirit of life, seeking wholeness, seeking union. It's also about creativity: "See what I made!"

Eros, said mythologist Joseph Campbell, in whatever guise, is the progenitor, the original creator from which life comes.

If an "Alpha" is anything, it's being the best you can be, fulfilling your inborn potential, and so achieving well-being and a flourishing life. You'll never get even close to that by degrading women and seeing them as conquests.

"Eros is the 'mighty' and 'total power' in pursuing good deeds that fosters good relations. 'So Love (Eros) has great and mighty-or rather total-power. But it is the Love whose nature is expressed in good actions, marked by self-control and justice [two of the Four Cardinal Virtues], at the human and divine level that has the greatest power and is the source of all our happiness. It enables us to associate, and be friends, with each other and with the gods, our superiors.' "

For man, Eros is what leads them to fixing things, repairing them, creating and discovering. For creating science, technology,civilization and culture. For women, being mothers, creating and maintaining home and children.

In all mythologies everything starts out as formless, or Chaos. Then Eros is what brings order and life out of that Chaos. So, if you turn it around, when we lose Eros, that desire for union and wholeness, we sink back into Chaos.

The union of men and men, though Eros (being drawn to union and wholeness) is what keeps us from descending to the level of barbarians, or worse. The fact we have been split from Eros, and the problems it has caused, is obvious to anyone who looks around.