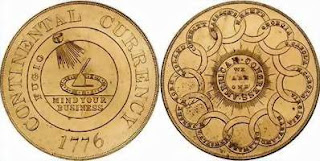 Starting when I was about 12 years old I noticed that people who stuck their noses into other people's business were always self-righteous about it, that is, they always thought they were right. I also found that if you stood up to them they always backed down.

That realization came about, at the age, because of some fights I saw in middle school. Some cocky, grinning (and stupid) kid would pick on and attempt to beat up what he thought was a weak, defenseless kid. I saw twice where the bullies were savagely beaten and the fight ended in about five seconds - once by a kid who appeared to be a mutant, with thick glasses that made his eyes fuzzy looking, with grey skin, open mouth, hunched over, with mousy hair. And I saw him try to rip the kid's face off.

In each case the bully collapsed and started begging for mercy - in five seconds. At the beginning they had been self-righteous and held their opponent in contempt. The tables were turned within seconds.

All bullies, underneath, are cowards. I took that lesson to heart, and have applied it ever since.

I am not the kind to bother anyone unless they bother me. Now if they do bother me, they are shocked at my response.

Some years ago I lived in an apartment complex that, although pretty nice, had some people (who tended to move out rapidly) who were always asking for money, cigarettes or rides. The first time they asked I politely told them I never gave any of those things to people.

They never listened. The second time I told them, "We're not going to play this game. I told you once already I don't give anybody anything, and if you ever ask me for anything ever again there will be big trouble." In every case they looked stunned, backed down and never asked me again.

In each case they tried to be a bit of a bully ("Hey, you got a cigarette? You got two dollahs?") and because I knew that I also knew they'd immediately back down if confronted.

Why are some people like this? It's because of our inborn narcissism. Everybody - and I do mean everybody - has both a grandiose and devalued self. Healthy people can combine them. Not-so-healthy people cannot: to them it's either grandiosity ("Gimme a cigarette. Gimme two dollahs") or devaluation ("I'm sorry! I won't ask you anymore!")

In that same complex there was a woman who used to peek out her drapes to see what was going on. Once my dog was pottying about 50 feet from her door, when she opened the door, came out and asked me if I was going to clean it up, and also said, "You haven't cleaned it up before." What was she doing? Secretly following me around and being the Dog Poop Police?

She looked stunned, was speechless, went inside, and never did that to me again. In fact, she never looked at me again, although she complained to some other men in the complex, who did nothing because they understood what she was.

They were no more White Knights than I was.

She had probably never had a man speak like that to her before. However, if she wanted to be self-righteous and stick her nose into what was none of her business, she should have understand that someday it would backfire on her.

When people stick their noses into other peoples' business they always think they are making things betters. It doesn't work. And if they gain political power - uh oh. It's why there exists that old observation, "All tyrants call themselves benefactors."

It's also why there exists the saying, "The road to Hell is paved with good intentions." Their "good" is not to make your life better. It's to make them feel better, no matter what the effect on you.

Hi Bob,
letting your dog shit everywhere is not exactly your business. How about you let him shit in your appartment. Then indeed it would be your business.

I always cleaned it up. BTW, it's none of your business, pussy. That's exactly what you are, and in real life you'd back down on the spot, too.

Hi Bob,
why so aggressive? You are probably right in that I would back down. Thats because I try not to fight over stupid shit. And I like your blog so that would be in your favour.

Anyway you misjudge me. I generally am not afraid of confrontation, I just prefer it to be over something I deem worthy.

And as someone with experience in violent confrontations I am very careful with my barking and shouting unlike you. Thats because I know from experience that some people are best left alone.

Unfortunately the kind of bullys I know won't back down from an old fart calling them a pussy over the Internet.

As I said before, I always clean up after my dog. Perhaps over there you don't have to deal with the nuts we have here.

I just assumed you were American. My bad. I won't make that mistake again.

Kudos to you then. We maybe don't have as many nuts as you in America. But we Germans do like our dogs. There is a saying from immigrants who wonder about the dog obsession here: Germans love their dogs more than their kids.

Their goes a lot of dogshit with this attitude. :-)

On a different note. In my opinion "mind your business" is not a credo to live by. I once confronted two punks who went around in the city where I live damaging bicycles (by kicking, beating and spitting on them, quite moronic).

When I told them to stop they started acting up and I had to physically appease them. Suddenly one of them drew a gun. So I had to beat the shit out of them with my wife standing nearby and somewhat yelling loudly.

Luckily I got the gun and later gave it to the police but every bystander minded just his business, nobody intervened or helped. It was afternoon in a crowded city center.

So maybe there is a time to mind your business and a time to don't.