Stay Away From Scrawny, Boney Women 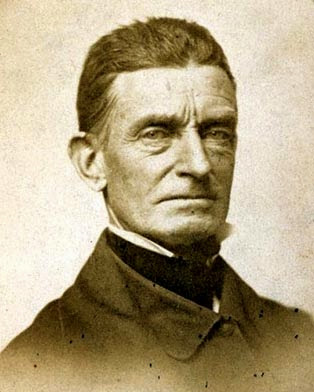 When I was about 28 I worked for a 50ish woman who was scrawny and boney. She kinda looked like John Brown, above, She was the kind who was never attractive, even at her best.

She was hostile, stupid and incompetent. And she had been hired as a saleswoman! I thought, what moron thought a woman who looked like that could do sales?

We didn't get along. She kept sticking her nose in my job, about which she knew nothing at all - but she thought she knew more me. I was just going to outwait her. I knew she'd be fired.

She was. And was shocked, because she thought in her hostily and stupity and arrogance and blindness that she was doing a good job!

Years later I encountered another scrawny, boney middle-aqed woman. I've written about her before. She called the police because I had left my pug in the car. Again, hostile and self-righteous. And when I called her an ugy stupid cunt, she yelled, "You're no gentleman! You're not married!"

Are these women as they are because of their unattractiveness? Or is it just inherent in being scrawny and bony? Seems like in fiction when someone is scrawny and boney they are always cruel.

Think the sex pervert Anthony Weiner. Why did anyone vote for someone who looks like that?

I tried not to judge people on their looks at first, but have you ever met a scrawny boney person you liked?

Hideous Looking Jew Shockingly Found To Be A Sexual Pervert … sounds like that could be an Onion headline ...

Chances are Bob, these skin and bones girls/women you encounter are all vegan. Vegan bitches are equally as insufferable as the orca bitches.

I've met vegan girls and they all have protein deficiency and all of them look ten years older than they should.

Vegans lack both proteins and B vitamins. This is why they all look 10 years older than their actual age. Worse, they have the temerity to insist that all others become like them.

When someone asks me if I'm a vegetarian or vegan (honestly, I don't know or care to know the difference between these), I answer, "No, I'm a carnivore", and leave it at that. This usually shuts them up.