How To Recognize Evil

"Peck discusses evil in his book People of the Lie: The Hope for Healing Human Evil, and also in a chapter of The Road Less Traveled. Peck characterizes evil as a malignant type of self-righteousness in which there is an active rather than passive refusal to tolerate imperfection (sin) and its consequent guilt. This syndrome results in a projection of evil onto selected specific innocent victims (often children), which is the paradoxical mechanism by which the People of the Lie commit their evil. Peck argues that these people are the most difficult of all to deal with, and extremely hard to identify." - Wikipedia 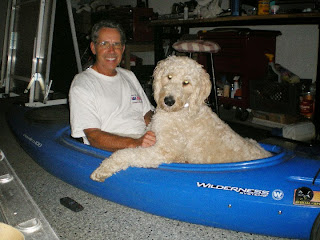 I used to once work for a man everyone referred as "evil" and a "bad man." That's a picture of him (he can't do anything about this). I wanted you to see a picture of someone evil.

Notice the greasiness, the weaselly look, the narrow head, the fake smile. His name is Dan Vavrinek.

No one, and I mean no one, liked Vavrinek. No one could stand to be in his presence. They were utterly repulsed by him - and that is the main sign of being in an evil person's presence: you want to flee from them.

I'm going to repeat that: when you are in the presence of evil you have a visceral repulsion that make you want to flee them.

Vavrinek was utterly self-absorbed, never admitted he was wrong. In some ways he showed psychopathic tendencies. Someone may be be psychopathic but not be evil, but the evil are always psychopathic.

Vavrinek was incompetent at his job but did not know it. He was a reverse Midas - everything he touched turned to shit. The only reason he kept his job is because his boss protected him (and his boss had his own problems. And from him I realized the MBA is a worthless degree. He was, by the way, replaced by a much better man who worked his way to the job after starting out as a truck driver.).

Vavrinek destroyed two businesses, hired catastrophes, had people walk out and sabotage the place, quit and take away employees and business, and had them sue the place. And yet his dumbass, clueless boss couldn't see any of it.

After a few years, Vavrinek was such a catastrophe the Big Guns in New York lateraled him out of state: here, you take the fuck-up, we don't want him.

Vavrinek almost got fired over that, but his semi-incompetent boss protected him (he should still be ashamed of himself). But the BJ was one reason out of many why Vavrinek was lateralled.

Some years after I dealt with this sleazeball, I read a book on the Four Cardinal Virtues, and I realized why they were so important: if you lack one you lack them all. Vavrinek was a coward, he lacked prudence, self-control, and justice. He wasn't a man, but closer to a child.

So here's how you recognize the evil: everyone is repulsed by them and wants to flee their presence. They never take responsibility for their actions. They are self-absorbed, incompetent, and show psychopathic tendencies.

I found year later the late psychiatrist M. Scott Peck wrote a book about evil and came to the exact same conclusions I did. No surprise, really.


"These six things the LORD hates/Yes, seven are an abomination to Him:/A proud look/A lying tongue/Hands that shed innocent blood/ A heart that devises wicked plans/Feet that are swift in running to evil/A false witness who speaks lies/And one who sows discord among brethren." - Prov. 6:16-19

The creepy smile is the best indicator.

I know - that creepy, fake smile. Everyone saw through him except the whore he was cheating with, and his boss.

First thing that came to my mind when I saw him:

I hope that if anyone is still suffering under him, they watch that movie and have a good laugh.

Of all things, I went to college with Gary Cole, although I never met him. But he certainly did a great job of being a cowardly, back-stabbing weasel in that movie.

I mostly focus on the evil of organizations and social systems. Even then, these things only prosper because of the limitless tolerance of the masses.
The bad guy in that photograph was also tolerated.
I think posts like this one may be the first step in identifying and isolating such persons in the future.