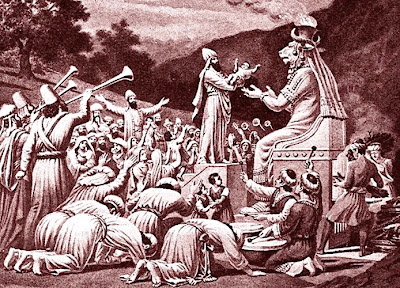 This introduction is because of a movie I recently saw. The Cabin in the Woods. Less than halfway through I figured out what was going on...since I've read a lot of H.P. Lovecraft.

I really like the connection you made to Noah!

What do you think of my theory that Sigourney Weaver's character had been in Dana's place when younger, figured everything out, and willingly killed another innocent victim to save her own skin?

If she had shot Marty, then most probably, yes.