The Mythology of the Evil Hildebeast 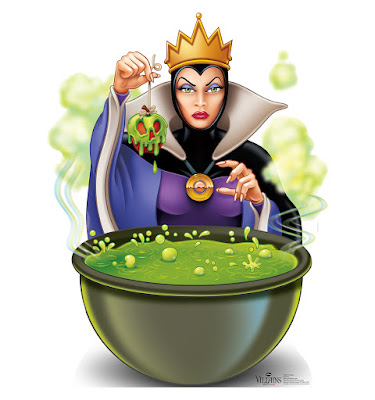 "If the evil queen is in charge of a Hive Mind, she is by definition a Hive Queen. Also overlaps with Matriarchy (particularly the Straw Matriarchy) and sometimes Evil Matriarch." - TV Tropes

Mythology has always been a way to entertain and educate. It was the way centuries-old wisdom was passed from generation to generation. The stories lasted because all the dross had been burned away.

Mythologically, women have always had two aspects: the nuturing and the destroying (those two aspects are scattered throughout the Bible, which has been the most influential depository of wisdom in the West).

Let's put it this way: Genesis tells us women were created as a helpmate, but they also brought evil into the world (and men let them do it by listening to them when they were clearly in the wrong). Two aspects!

And that brings me to Hillary Clinton, aka "the Hildebeast." Why is she called the Hildebeast? There must be a reason.

The reason is that she shows the destroying aspect of women and none of the nurturing. She tries to hide it, of course, but then, evil always hides from the light and tries to portray itself as good.

She's shown herself to be an exceptionally greedy, war-mongering, pathological liar. Her husband has said she's had several abortions and the only reason she had Chelsea (whose father is Webb Hubbell) is in hope of portraying herself as motherly and nurturing to the American public. It didn't work (I keep thinking it was a woman who was responsible for John the Baptist's head ending up on a plate).

There is an argument is that all folk tales (misnamed "fairy tales") are ultimately about envy - think about the Evil Queen asking the mirror who is the fairest of them all? because of her murderous envy of Snow White.

Since Hillary is a Democrat (meaning leftist) she's consumed with envy, since leftism is based on envy.

An envious, hate-filled, greedy, lying lesbian, possibly alcoholic. Think what she will try to do to men because of her envy of them. Think about Erik von Keuhnelt-Leddihn's comment that leftism is about "murder of the Father." Oh my God!

As for Trump, I'll give you a mythological hint. Think "King."

What we have here is a turning point for America. A greedy, lying, power-hungry, envious, possibly alcoholic, definitely lesbian Evil Queen versus the Man Who Would be King.

The times we live in are interesting indeed. And that saying has always been an old Chinese curse (the second part of that curse is "May you be brought to the attention of important people").

"While kings and princes can be good or evil and princesses are always good, queens tend to be the royalty version of Always Chaotic Evil." - TV Tropes

"The Evil Queen is just that—pure evil. She reigns over her people without regard for their lives. Her subjects are objects in her eyes. She uses them for her own benefit or pleasure without guilt or remorse. She’ll send her soldiers to war without fearing for their safety, if need be. Her primary goal is power and more power, and she will do everything to get her way." - Carolynn Myss

Presidents of the U.S. have nowhere near the power that many think they do. President Obama has not been able to accomplish anywhere close to all that he wanted to accomplish. That truth will likewise afflict the next president, regardless of who that is, Clinton, Trump, or someone else. It's a feature, not a flaw, of what the Founding Fathers designed. Mrs. Clinton may be all that you've described. But she will only have the (limited) power of the Presidency. She will not have the unfettered power that evil queens of mythology have had. We are governed by three branches, not just one. They all keep each other in check, to cure the excesses that may be contemplated.

What would Hilary's envy of men she despises look like?

We also have Hilary to thank for most of our sexual-harassment laws, speech-codes, false rape laws, brutal divorce laws, VAWA, and IMBRA.

Consider very carefully that, as President, no male in the world is going to be out of the Hildebeast's reach.

Imagine Hillary in the place of the fairy tale queen:

Hillary: Magic mirror on the wall, am I the fairest one of all... Hey quit laughing before I take a hammer to you...