The Good, the True and the Beautiful 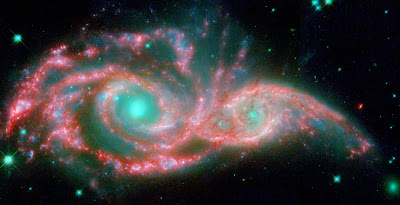 “Man is most nearly himself when he achieves the seriousness of a child at play.” - Heraclitus

A few weeks ago I saw a program on PBS about the Hubble telescope, which at 25 years old has reached the end of its life and is soon going to be dumped somewhere in an ocean.

Some of the pictures taken by the Hubble were featured in the program and I remembered when I saw them years ago I thought they were beautiful in a frightening, awe-inspiring way.

It reminded me of the concepts of the Good, the True and the Beautiful, which used to be common in the West but you never hear about anymore.

The pictures were a scientific search for the True, and just also happened to be Beautiful in that scary, awe-inspiring way. Were they also Good? Not really, but two out of three ain't bad.

Modern-day science is a search mostly for the True, and since it is the dominant paradigm today what we have mostly is a search for the True. Sometimes in its elegance it happens to be Beautiful.

The best of music just happens to be Good, Beautiful and True. The best of art, too, for that matter. Why this is so I do not know but philosophers and theologians have been discussing these concepts for thousands of years (I believe Aristotle was the first one to write about these things, and as for theologians it was Thomas Aquinas).

I've heard the Good, the True and the Beautiful referred to as "Transcendental Goods."

Politics has always lacked those Transcendental Goods. In fact, politics is downright ugly, and that ugliness has been noticed as far back as Aristotle.

The men who founded this country tried to avoid the ugliness of politics and for quite a while succeeded. But after some 250 years...look at what we have now. Brawling and blood at political meetings.

So many things have become ugly and false today. The relationships between men and women? Ugh. The economy? Double ugh. Love, marriage and children? Vanishing, and for most people those things are the greatest good they seek.

I've pointed out several times the Greek concepts of arete (excellence) leading to eudaimonia (flourishing, well-being). In other words, the search for the Good, the True and the Beautiful. "The pursuit of happiness," words so well-known in the U.S., is the search for those three things.

Or, as Aristotle put it, "Every art and inquiry, and similarly every action and pursuit, is thought to aim at some good, and for this reason the good has rightly been declared to be that at which all things aim."

A nice documentary about the topic on beauty in arts and on the decay of modern art. Check it out if you have the time, I found it very stimulating.

"The men who founded this country tried to avoid the ugliness of politics and for quite a while succeeded."

What on earth makes you think that? American politics from day one has been - well - political. If you have a mind, pick your favourite and most saintly founding father, and look into what he said about his political opponents and what they said about him. You'll find it far more pungent than anything any politician these days would dare to say about an opponent.

The USA has never, never been free of politics. The very signing of the Declaration of Independence and the signing of the Constitution was political. And how could it possibly not have been? After all - it isn't the case that every american alive that day signed it, it was signed by representatives.

Less eulogising of the slaveowners in wigs, dude. They were rich men looking to free themselves of being taxed by the british king.


"Politics" will always present with every group of people no matter how ethnically homogeneous or not. People will argue no matter how small or big of a group they are in, be it the family unit, a small village or large nation state with a population of millions and covering 11 time zones. No matter how good the government and economy, there always will be dissatisfied, butt-hurt people who will complain that their interests aren't being considered or they are not getting their way.

"Less eulogising of the slaveowners in wigs, dude"

I'm not your dude, white trash.

"What on earth makes you think that? American politics from day one has been - well - political"

Clearly you know nothing about U.S. history. The Founders tried desperately to get away from the mess of political murder in Europe. Always with the ignorant trying to be act like they know something.

A programmer and ex-journalist calling each other names over the Internet....

Bob, don't take Aussie criticisms of your Founding Fathers too personally. We all know they didn't exactly smell of roses, and certainly they wouldn't participate without prospects of personal gain. Nothing to be surprised about, it's as human as you can get. If you want to watch something beautiful instead of squabbling, look up some Mandelbrot set deep zoom videos over Youtube.