"Skewed Tales: The Tale of Harry Potter and the Misandrist Anglo Media" 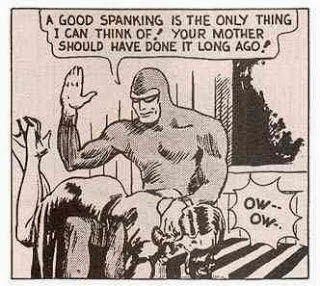 The only thing he needed to do to them is give them a good hard spanking.


"The most dangerous man is the one who thinks he is a wimp.” - James Gilligan

There is a new blog over there on your right side called Anglobitch. I think the name explains what it's about. Here's the link.

It is written by one "Dr. Rookh Kshatriya."

This article illustrates what I've written about before. Humiliation leads to revenge, and revenge is an attempt to replace feelings of shame and humiliation with pride. That is exactly why this boy did what he did, and considering what the girls did to him, I have no sympathy for them whatsoever.


"A recent case of violent self-defense in the UK highlights both the appalling attitudes of post-feminist Anglo-American girls towards boys and men in general and the Anglo mass-media's complicity in this casual misandry. However, on the plus side, it also shows that public opinion is shifting against this misandrist hegemony. The following article is taken from the UK's most popular left-of-center national tabloid, the Daily Mirror: 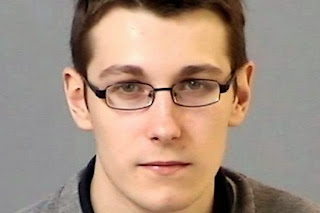 "A teenager who stabbed a girl in the face and smashed another's head against a fence because they called him HARRY POTTER has been jailed for more than four years. Ryan Walker wears glasses and has short black hair like the boy wizard created by JK Rowling, and played by actor Daniel Radcliffe in the hit movies.

"But the 19-year-old snapped after the girls called him Harry Potter, stabbing one in the face so hard the blade of his vegetable knife broke. Walker then smashed the other's head against a fence and shouted 'die, die'.

"He claimed he launched the ferocious attacks in Southampton after being goaded repeatedly by the girls. Victims Emma Keeble, 15, and 16-year-old Leah Pearce, are still coming to terms with their injuries, which left their faces battered, cut and bruised. 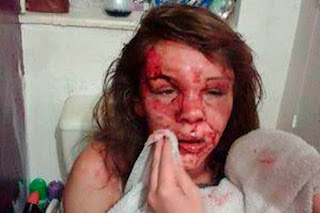 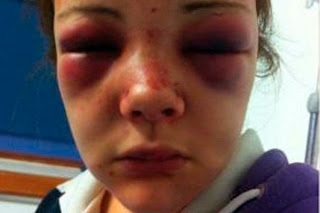 "Southampton Crown Court heard how Walker returned to his family flat after shopping for his mother and had to pass the girls sitting on the stairs. One touched his shopping bag before verbally abusing him and telling him he resembled Harry Potter. Outraged, Walker saw red and came back downstairs with a milk bottle full of water and threw it over the girls.

"He then went back into the flat and re-emerged with a vegetable knife before walking to a local park - knowing the girls would follow him. Walker then lost his temper, stabbing Leah in the face, who then started bleeding profusely. He attacked Emma, flooring her with a series of punches and kicks, before smashing her head against a fence, shouting 'die, die'.

"After his arrest he made a full confession, describing his actions as 'monstrous'. He pleaded guilty to wounding with intent, attempting wounding with intent and possessing a bladed article. Walker's defense barrister Keely Harvey told the court he was bullied at school and seen as a 'wimp'.

"She said: 'He finally lost it. He flipped and attacked them in this most horrific way, not justifiable, but I hope they can now see where it came from.'

"Passing sentence, Judge Peter Ralls QC, said the girls may have been rude, but there was no justification for what Walker did. He said: 'It was deliberate and planned. It was a sustained attack in which you used the knife as a weapon and your foot as a weapon.'

"Walker was sentenced to a jail term of four and a half years. After the sentence, Leah's mum Claire Pearce, said: 'The injury has left a scar on Leah's face that will be there for years.'

"Well, that was the general idea. A picture says more than a thousand words, it is said, and the two images below speak volumes:

This words I highlighted in the original article were applied for the purpose of critical analysis. Firstly, the girls were not attacked for saying walker looked like Harry Potter: at least, not exclusively for that. If we read the article carefully, it says one of the girls touched his shopping bag and verbally abused him before calling him Harry Potter. A quick look at the Southern Daily Echo’s more detailed – but equally misandrist – report, suggests that Walker did not just 'lose his temper' in the park, as the Daily Mirror suggests. Rather, further provocation and abuse occurred:

"Walker then went back to the flat and re-emerged with a vegetable knife before heading to a recreation ground off Hinkler Road, knowing that they would follow him. There the girls further goaded him and, it was claimed in court, spat at him. Walker then lost his temper, stabbing Leah in the face with the knife. She fled, bleeding profusely.

"So the Daily Mirror headline is somewhat misleading: it pretends Walker ‘snapped’ in the park, while he was in fact reacting to further verbal abuse and being spat at. I suspect the abuse was homophobic: Anglo-American women are renowned for homophobia. In time, this may well lead to a successful appeal on Walker’s part.

"Note how the abusive girls are described in all these articles as ‘Leah’ and ‘Emma’, in order to dignify and humanize their abusive actions. Ryan Walker is always described using only his surname, belying his young age (just19) and abused victim status.

"Despite containing a much more detailed report, the regional Southern Daily Echo is even more misandrist than the national Daily Mirror. Their article ends with the usual pro-female pedestalization exercise that defines the mainstream Anglo-American media:

"Parents say sentence should have been longer"

"The parents of the two girls have criticized the length of the sentence handed down to Walker. And speaking to the Daily Echo they relived the horror of hearing that their daughters had been attacked.

"Leah’s mum, Claire Pearce, said that after being called to the flats in Thornhill she saw the 16-year-old Woodlands Community College student covered in blood and with a gruesome 1.5in gash on her face. Claire, of Dryden Road, Southampton, said:

“'Leah was shaking and really hot and her heart was beating very fast. When I saw her she shouted ‘Mum’ and we cuddled. The whole thing was awful. The injury has left a scar on Leah’s face that will be there for years. Leah has suffered panic attacks and has needed therapy because of anxiety.

“'She is no longer her carefree, laughing (shouldn't that be abusive, misandrist - RK) self. She was quite outgoing but is not any more – she’s just too afraid. I don’t think the sentence was enough for what he did. He admitted that he flipped and that it was the final straw. I think he is a dangerous man (he is only 19 - RK) given he flipped like that and attacked the girls. He needs to be locked up for longer than he is. I feel sorry for the next person that calls him a name.'

"Funny, I thought they were spitting at him and trying to steal his shopping, not just calling him names - but I digress. As usual in the Anglosphere, only female suffering counts. No interviews with Ryan Walker’s mother for her perspective: the same old reflexive misandry prevails. What is especially interesting is that nowhere have the parents of these girls expressed regret for raising their children to abuse people. Nowhere is there an admission that these problems could have been obviated had their daughters behaved like decent human beings. And nowhere have these girls expressed contrition for their actions. As per usual, men bear responsibility for everything while post-feminist females get the ubiquitous pussy-pass.

"However, the news is not all bad on this fine February day. Walker will be out in less than two years, if all goes well. More important, the British public are 100% behind him, despite the misandrist attitudes of the mainstream British media. Here are a few of the most popular comments on these newspapers’ websites:

"I know that he was wrong to use a knife and to even react violently but I can't help thinking that these nasty girls brought it on themselves they didn't have to verbally attack him because of the way he looks and they didn't have to follow him so that they could further provoke him. In these circumstances I think that the sentence was harsh, still I bet the girls think twice before bullying some poor kid in the future - Barry Hainsworth, Daily Mirror

"Hope they have learnt their lesson - Alex Pajak, Daily Mirror

"It was a bad way to react but after these girls constantly following him, hanging around where he lived and calling him names, basically severe bullying I don't blame him. There could have been a better way for these girls to learn about how cruel bullying is but unfortunately they have learned the hard way - Debbie Monaghan, Daily Mirror

"You can never judge how someone will respond to insults. Perhaps they'll think twice before taunting someone else - Allie, Daily Mail

"How come I feel more sorry for him than them? - Harris Pilton, Daily Mail

"He went way too far, but that doesn't mean it's ok to insult and try to bully people you don't know. The mum's comment - 'I feel sorry for the next person that calls him a name' is ridiculous - Mr Common Sense, Daily Mail

"Yes, the times they are a-changing. Maybe the lamestream media needs to wake up to the fact that no rational person any longer believes that women are discriminated against in any Anglosphere country."

Many of the people siding with Ryan are women. It's not falling along gender lines.

He should have been sentenced to 3 months of community service in a home for wayward girls.

While stabbing one girl in the face was extreme, I wholly support him in beating the shit out of those two girls or anyone who goes out of their way to make his life miserable. I would have taken similar course of action minus the face stabbing were I in his shoes.

I would not have stabbed them. Christ, they're girls. It's not like they'd be any danger to him. As for giving them a beating, yeah, they deserved it. Or maybe just a good spanking.

I can imagine them in court...."Yeah, we had tormented him for a long time...and he spanked us!"