Nibbled to Death for Your Own Good 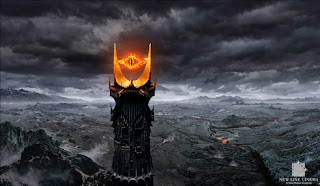 Some Americans are deluding themselves about the amount of freedom they have. Some are not, and can see what has happened, and what is happening.

I'm not saying we're suffering from the sort of oppression that occurred under Nazism or Communism. Here, it's more along the lines of being nibbled to death by the State.

A friend of mine was driving through Texas on the interstate when he noticed a state trooper going the other way had slowed down and was looking at him. Looking in his rear-view mirror, he saw the trooper make a u-turn. Obviously, he told me, the cop was going to pull him over. But why?

Then it occurred to him – what if Texas had a seat-belt law? Being from out of state, he didn't know. Quickly, he buckled his seat-belt.

Sure enough, the cop pulled him over. Here's what this disgrace to his badge – who I'm sure thought he was doing the right thing – asked him:

"Did you just put that seat-belt on before I pulled you over?"

"No, I've had it on since I got into the car." That was his story, and he stuck to it. He had nothing else to say. He knows that anyone who talks to the police is making a big mistake. Martha Stewart found that out the hard way you can't trust them.

The cop had to let him go. He wasn't being what police officers are supposed to be – "peace officers." He was a fool playing a scam for the State, but too stupid to figure it out. "Unnecessary laws are not good laws, but traps for money," said Thomas Hobbes, hundreds of years ago.

Those of you who approve of the State telling you that you have to wear a seat-belt, think about this – the day may come when you're told to wear a helmet while driving. You think not? What about a law saying your kids have to wear helmets while in your car? You think that wouldn't pass?

That's not the only time I've seen such silliness. A 72-year-old man I know was pulled over because he was driving with his little dog in his lap. The dog, being a dog, liked to stick his head out of the window.

The cop told this man what he was doing was illegal. There's really a law stating, "No driving your car with a stupid ugly little dog on your lap"? The cop didn't give him a ticket, but told him not to do it anymore. The man still does, anyway.

A few months ago, while on vacation, we rented a pontoon boat in which we puttered around the lake. The owner told us it was illegal to drink while in the boat, and we had to watch out for the Water Patrol.

The two hours we were out we didn't see any Water Patrol boats, but still, we couldn't drink one beer or a glass of wine while operating a boat that maybe went 10 miles an hour? Even if we were completely drunk, exactly how much damage could we cause if somehow we did crash? What? We'd crash our pontoon boat into another pontoon boat piloted by drunks, on a meandering lake so gigantic that we got lost on it?

If we were drunk, how would the Water Patrol determine it? It's not like we could walk a straight line on the water, not unless they thought we were miracle-workers. The whole thing was ridiculous.

I know of one guy who was arrested for drinking on his front porch. The police said he was "a public danger." He was too soused to be a danger to anyone. He couldn't make it off the swing. It's gotten to the point the police are the public danger.

The State is trying to crush all the fun out of life, under the guise of it being for our own good. Right now it's no drinking or smoking or driving a car without a seat-belt. What next, laws against being chubby? How about eating at McDonald's, because the food may not be the healthiest in the world? Uh. . .forget I said that.

Liberty is very rarely lost all at once. It's lost degree by degree. It's like the old joke about boiling a frog. You don't put the frog into the boiling water, because he'll jump out. Instead, you put him into cool water, then slowly heat the water up. Before the frog knows it, he's croaked.

C.S. Lewis said the same thing, only not in a joking way. "Of all tyrannies, a tyranny exercised for the good of its victims may be the most oppressive. It may be better to live under robber barons than under omnipotent moral busybodies. The robber baron's cruelty may sometimes sleep, his cupidity may at some point be satiated; but those who torment us for our own good will torment us without end, for they do so with the approval of their own conscience."

"Death by a thousand nips."

Speaking of seatbelts for pets:

C.S. Lewis made the statement about living under moral busybodies? I thought it was H.L. Mencken who did.

I'm sure Mencken said something similar, but that particular quote is from Lewis.