The Shield and the Sword are What Keep Your Liberty

"Strange times are these in which we live when old and young are taught in falsehood’s school. And the one man who dares to tell the truth is called at once a lunatic and fool." – Plato (429-347 BC) 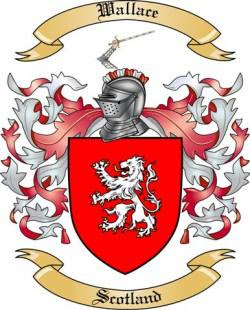 My last name is Scottish, and the Clan Wallace has a coat-of-arms. It's a very interesting one because it illustrates some very important interrelated concepts.

That old saying, "A picture is worth a thousand words" is a true one. People are more visual than literary.

Oftentimes on the coat-of-arms is the Latin phrase "Pro Libertate," which means "For Liberty." There is a shield, which means defense. There is sword, which can mean defense or offense. The lion is called a rampart lion, which means it is standing up with its claws unsheathed, to defend. And there is body armor.

In one picture we are told, "In order to keep your liberty, you'd better have a way to defend yourself, by offensive violence if necessary."

The Greeks also understood this, in a more complex way, when they made Athena, who was the goddess of wisdom and civilization, the enemy of Ares, who was the god of war.

If you want to apply modern-day libertarian theory to this, Athena represents the Economic Means of persuasion and liberty, and Ares represents the Political Means of force and fraud.

Athena is armed with a sword and a shield, named Aegis. The shield is the important thing: it had the head of the Gorgon depicted on the front of it, which turned to stone anyone who looked upon it. Her shield is both an offensive and defensive weapon. 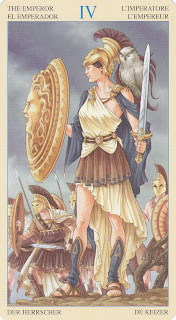 You can see this observation in modern day myths, e.g. movies. I use Ironman as an example. His shield is his armored suit, which is armed with advanced weaponry. They are his sword and shield, to defend his liberty against the Bad Guys. He has a added advantage in being able to fly.

I could make the argument the weapon in his palm is a form of the Medusa on Athena's shield, but even better because it vaporized them instead of merely turning them to stone. 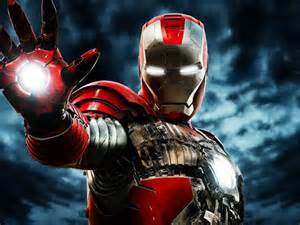 You can also use the Hulk, who heals on the spot. Or the Wolverine.

It's always about power, the power to defend yourself against the villains (be it one man or the many who make up the State). It means having no fear or the ability to master your fear. It means having more power than those who wish to take what you have from you.

Everyone should have the power to defend themselves. Most especially against those who want power over others. Those are the ones who can't handle it. As Dostoyevsky wrote in The House of the Dead, "Whoever has experienced the power and the unrestrained ability to humiliate another human being automatically loses his own sensations. Tyranny is a habit, it has its own organic life, it develops finally into a disease. The habit can kill and coarsen the very best man or woman to the level of a beast. Blood and power intoxicate ... the return of the human dignity, repentance and regeneration becomes almost impossible.”

Throughout the world, throughout history, it's the same thing: to keep your liberty (which means to keep the government at bay) means to be able to defend yourself with both a defensive ability and offensive weapons.

However unwittingly, it's still taught in movies. And it will always be in myth, which is why it has lasted several thousand years, if not longer.

How that I think about it, if I had a daughter I'd call her Athena Wallace.