Monsters as Harbingers of Things to Come

"Woe to those who call good evil and evil good, who put darkness for light and light for darkness." - (Isaiah 5:20).


Let's look at what the word "monster" really means.

"The word 'monster' derives from Latin monstrum, an aberrant occurrence, usually biological, that was taken as a sign that something was wrong within the natural order.

"However, the root of 'monstrum' is 'monere'—which does not only mean to warn, but also to instruct, and forms the basis of the modern English demonstrate. Thus, the monster is also a sign or instruction. This benign interpretation was proposed by Saint Augustine, who did not see the monster as inherently evil, but as part of the natural design of the world, a kind-of deliberate category error."

A monster, then, is an aberration of nature/culture, and is a warning and an instruction of worse things to come.

A monster, and a warning of worse things to come.

Whenever you see something way out of the ordinary, to the point it is grotesque, that is a warning of things to come.

Notice that St. Augustine wrote that monsters can be benign. 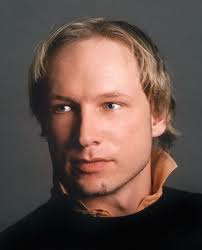 Brevik is pretty benign-looking, isn't he? He's not grotesque, is he? He is of course a monster, but is also a harbinger of things: the expulsion of Muslims and other foreigners from Europe, probably by violence. The number of them killed will dwarf the number killed by Brevik.

I can understand why Brevik did what he did, without agreeing with it. He murdered a bunch of what I've heard referred to as "larval leftists," the kind who, when they grow up, would have killed me and many others not even like me. That it, unless they gave up their beliefs.

Speaking of grotesque, that word "has come to be used as a general adjective for the strange, fantastic, ugly, incongruous, unpleasant, or disgusting, and thus is often used to describe weird shapes and distorted forms." 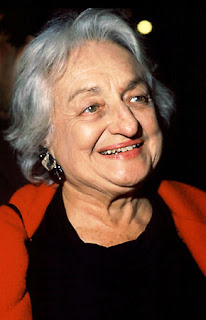 I've been a semi-fan of horror fiction for years. It, like all art, imitates reality. Since it is about monsters, it always predicts, in a general way. Mary Shelley, in Frankenstein, predicted what science was going to do, and she was right.

H.G. Well's, in The Island of Dr. Moreau, predicted what science was going to do by trying to mix different forms (in his case, people and animals), and he was right, too. Stalin ordered his scientists to create a hybrid of human and chimpanzee since he thought they'd be perfect soldiers.

The biggest problem with monsters, though, is when people can longer see them as monsters. Just the opposite. They see them as good things.

There are only a few monster archetypes: werewolf, vampire, ghost. Stephen King wrote about one he called "the Thing with no Name." He used Frankenstein as an example, and suggested Victor Frankenstein's problem was Hubris: unable to tell good from bad, and the refusal to take responsibility for his actions.

For that matter, the structure of every horror story is Evil attacking Good.

The State, for example, is inherently a monster, and it fits all of the archetypes: a werewolf, a vampire, a ghost. It can't tell good from bad (in fact sees bad as good), and refuses to take responsibility for its actions. In the past, people knew this. These days, most don't. In fact, they see it as a good thing. And those who work their way to the top of the State, no matter what they say, are automatically monsters. 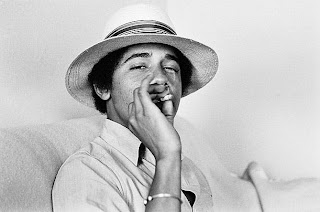 By the way, the word "seduce" means "to lead away from duty, accepted principles, or proper conduct."


"The Roman historian...Suetonius...chart[ed] how the expansion of that ancient empire paralleled the rise of a totalitarian regime at home that plundered the provinces to bankroll the invidious habits of a degenerate ruling elite." - Jeffrey St. Clair

I think your analysis is correct: "Europe will either become Muslim, or Muslims will jump in the Meditteranean and start swimming home."

Everybody keeps telling me this unprecedented historical experiment will work though, and so far the money hasn't run out.

The money has run out. Collectively, we just don't know it yet because we've all been "seduced."