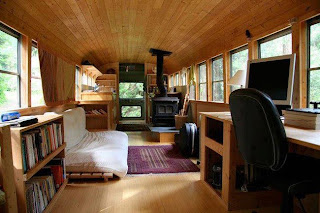 I have never been impressed by modern houses. The way they are built was fine before 1973, when yearly income stopped going up.

Some people have got around the astronomical cost of building utterly inefficient houses by building small ones in a rural area. I, for example, can build a decent-sized strawbale house for about $10,000. Even less, if I wanted to. I don't even have to draw the plans. They are in my head. 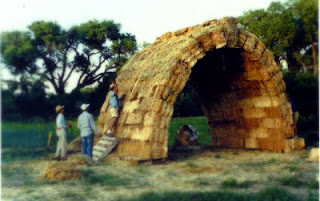 Others have bought old school buses - which can go for as little as $500 - and fixed them up. It's not a bad way to tour the country. (I used to drive a school bus in college for a year and a half.)