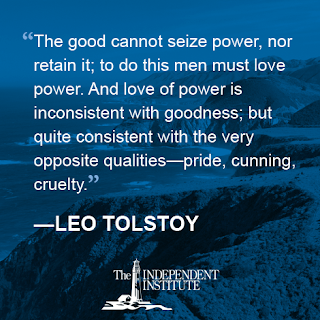 I wrote this a few months after the creation of the Nazi-esque "Department of Homeland Security." I knew where this anti-American organization could lead.

The place: any city in the USA.

Father parks his 1986 Yugo at a curb and exits the vehicle with Daughter, Baby, and Fido the Chihuahua.

Police Officer (emerging from the shadows. He is a clone, as are all the police are in 2084. He has a narrow head and squinty lop-sided eyes and bears strong resemblance to the inbred George Bush): Hold it right there!

Father: What? What did I do?

Officer: I have to search all of you and the car for a bomb! It's a new Global UN law passed this morning.

Father: I haven't heard a thing about it.

Officer: That's not my problem. I have a job to do and orders to follow.

Father: Orders to follow, huh? (He places his left forefinger under his nose, shoots out his right arm at a 45% angle, and goosesteps in circles.) Sieg Heil! Actung! Verboten!

A police van screeches around a corner. It stops and four police officers jump out. They remove the tires from the Yugo, place the car on concrete blocks, put the tires in the van and screech away.

Father: What was that about?

Officer: We have to search your tires for bombs.

Father: Those are brand-new tires! They might even have rubber in them! It took me a year to save for them! The economy's been bad for 80 years, you know, what with the wars in Afghanistan, Iraq, Iran, Syria, Sudan, Egypt, Saudi Arabia and all those other places I can't remember! I think you guys just stole my tires!

Officer: Complain to the government.

Father: This is outrageous!

Officer: I'm just keeping the country safe. (He squints at Baby.) There could be a bomb in that baby!

Officer: I have to check. (He grabs Baby and prys open its mouth.) You got a bomb in there?

Officer (upending Baby and shaking it up and down): Cough it up!

Officer: I guess you're okay. (Hands Baby back to Father.)

Officer (squinting at Fido): There could be a bomb in that dog!

Father: It's a Chihuahua!

Officer: Plenty of room for a bomb. He needs a body-cavity search!

Father: You people are lunatics! You're all demented!

Daughter: Daddy!! Look at what the bad man is doing to Fido!

Officer (shaking hand harder) There he goes! (Fido does a somersault through the air and lands in Daughter's arms.)

A man walks by wearing a three-foot tall turban. There is a loud ticking sound coming from it.

Father: Did you see that? I think he's got a bomb in his turban!

Officer: Since when are you a trained police officer?

The man rounds the corner. Seconds later there is a gigantic explosion. An axle with two tires on it lands in the street.

Father: Look! Two tires! Can I have them?

Father: Can we go now?

Officer: I guess. You better watch yourself. And the dog, too. He better watch...or you...er...you know what I mean.

Father, Daughter, Baby and Fido cross the street. Fido is walking upright on his front paws like a circus acrobat.

All step onto the curb across the street. An Officer appears from the shadows.

Officer: I have to search all of you for bombs!

Father: The guy across the street just searched us!

Father (putting hands on head): It's a madhouse!

Father: Wow! I didn't know he could do that!

LoL that was a good one, hope you don't mind, but it reminded me of WS Burroughs in his lighter moments
;)