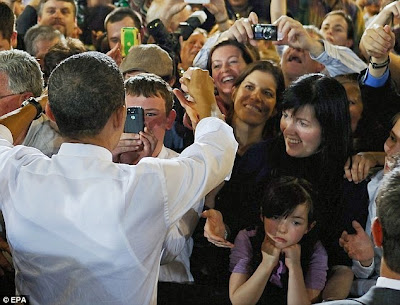 
"There are three powers, three powers alone, able to conquer and to hold captive forever the conscience of these impotent rebels for their happiness—those forces are miracle, mystery and authority." - The Grand Inquisitor, The Brothers Karamazov


Dostoyevsky was right in what he noticed about human nature. I've read it put this way: "The Grand Inquisitor’s discourse revolves around three related triads. He claims that man’s basic needs are someone to worship, a guide for conscience, and means for achieving unity. These three needs are supplied by miracle, mystery, and authority."

Why do the worshipers do this? They get a guide for their conscience. Simple-minded narcissistic guides, but guides nonetheless. What they want is unity - what I call meaning, importance and community.

If one wants to guide the Sheeple the "philosophy" must be simple and narcissistic. Comic-book simple, actually.

I've pointed out before this bizarre and unrealistic hierarchy of Alpha/Beta/Whatever are foolish and unworkable concepts. Because of imperfect human nature, the "Alpha" will always be considered the grandiose all-good, and "Beta" and everything lessor will be considered the all-bad, scapegoated and despised.

There is no way around this projection/scapegoating. It's why I've heard the ignorant (who know nothing about genetics) talk about "superior" Alpha genes or sperm, and "inferior" Beta genes or sperm.

I ask you this: which one do they think they are? And which ones are they in reality, as compared to their self-aggrandizing fantasies?

This projection/scapegoating and the grandiose comic-book fantasies of "Alpha" and the projection of badness onto "Betas" and less - they are exactly what I predicted.

In fact, the way to tell a "vain philosophy" (as St. Paul called them) is that one group is grandiose (all tribes call themselves "the People" or "the Humans"), all "evil" or "inferiority" is projected on "subhumans," then they are murdered, expelled, ostracized, cursed. All this is one of the biggest curses of humanity.

This has happened in the past, is happening now, and will happen in the future. And few people understand it. Mostly they don't want to.