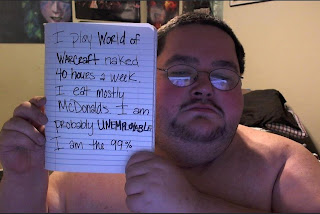 "The cycle of societies past their prime degenerating into leftist decadence and general weakness and experiencing a population decline will inevitably give way to new rightist ideologies of strength emerging from the ashes. One standpoint is associated with the decline, the other with ascension." - Peter Wiggin

To the Dark Side feminism leads! Screw all of us over it will! (And when the Dark Side takes over, some people just give up and play video games in their basement all day long because they have no hope of jobs and women - what Freud described as essential: Love and Work.)

I see a fair number of spinsters these days: never married, no children, no home (apartment instead), a cat or two. They're hostile and blame all their problems on men. Usually they're on a combination of anti-anxiety and anti-depressant "medication."

Spinsters have always existed but there are many more today. How did this happen?

A few reasons, I believe.

At the same time, women still want their "informal" power: you ask me out, you pay my way, you ask me to marry you. Also, informally, women want a man who is at least as good-looking and makes as much money they do. Usually, more money.

So, as men are moving down, women are moving up, but still looking to "marry up." Fewer and fewer men meet these criteria. Hence, hostile spinsters wondering where "all the good men have gone." (My stock answer is: "Right where you left them; back in your 20's.")

Incidentally, the delusion of women "trying to have it all" is one of the biggest red flags that exists signaling the decline of society. These women want all the advantages of being a man and a woman and none of the responsibilities.

There is especially no reason for any guy who is good-looking and who makes a lot of money to get married. He can, for all practical purposes, have a harem. I first noticed that when I was 19, when I realized at that age, if polygamy was legal, I could have had half a dozen wives.

Now the problem with harems is that while a few guys will get most of women (at least the attractive ones) the vast majority of men will end up with no one except the unattractive and crazy women no one wants.

Polygamy (one man, many women) has been consistently ruled illegal in the U.S., and good thing, too. There was a case a few years ago of a polygamous Mormon community in the U.S. When the boys turned 16 they were simply cast adrift in the world since they would be competition for the young women, who were generally married to older men.

There have been some truly creepy polygamous societies in the world. In the polygamous Islamic world the unmarried men go crazy, commit a great deal of crime, and get their heads cut off. Here, in the U.S. they go to prison.

China is a more interesting case. In the past, one very wealthy man (as an aside, looks have nothing to do with this) might have a thousand wives.

It is only in the West that the concepts of monogamy and romantic love exist. I don't find that surprising. I do not believe love exists in a polygamous society. How can a man love half a dozen or a thousand women? How can any woman love a man when she is just one of many wives?

But let's get back to China.

Now here's where things get very interesting in the place. How did these men get all this wealth? One reason is that the wife had to offer a dowry, gotten from their families. Dowries have usually been considered a leg up to get the the family started. If a man has to support a thousand women, he must be very wealthy indeed. (Also, if a man has a thousand wives, some of them - possibly most of them - will end up, for all practical purposes, as semi-spinsters. No man could pay anything but the most minimal attention to all of them except his favorites.)

Dowries (or groom prices) exist when there is a storage of men. Bride prices exist where there is a shortage of brides. Technically these days in the U.S. women should be paying groom prices for men, but of course even the suggestion would outrage them them and make them froth at the mouth.

In China, since it cost a lot of money to marry a daughter, there was a lot of female infanticide. There still is.

Poor families couldn't pay dowries but could be paid a bride-price if their daughter was attractive enough and became a concubine. Not a wife, but a concubine.

The whole thing gets very complicated, but can be read in detail here

Since the law now benefits women at the expense of men, many families will invest more resources in daughters than men. Women will move up economically through the force of law (usually with worthless degrees in Human Resources, Management, etc.) while men will move down unless they can get degrees in STEM (science, technology, engineering, math). Few men can do that.

Since marriage no longer benefits men, there will be less of it. There will be more single mothers. There is nothing good about children without fathers; the problems they have are well-documented.

The economy will get worse and worse as more boys "fail to launch" because of missing fathers (men create society and science and technology). There will be more crime and more people on welfare. There will be more single mothers (supported by taxpayers) with screwed-up kids.

All of these bad things have come about through the government interfering in society and benefiting "educated" women at the expense of all men. Those men who are wealthy and good-looking will do okay, although many will ruin their lives later on (the more stupid in the Manosphere refer to these guys as "Alphas"; in reality the old term applies: cads).

Overall, I can't see any good coming out of all this. Ultimately it won't benefit anyone. Of course, none of this will stand. It'll collapse, as it always does, and then we'll pick up the pieces, as we always do, dust ourselves off, and keep going.

The distinction between you and most of the Manophere is that where they think the result will be an apocalypse, you interestingly and pragmatically state that "It'll collapse, as it always does, and then we'll pick up the pieces, as we always do, dust ourselves off, and keep going."

The Apocalypse, or us/the generations after us will pick up the pieces and make the best of it. I reckon with all the supposed hardship, we/they'll have more fullfilling and rewarding lives because of it.