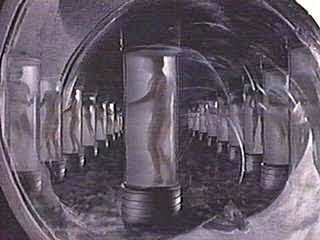 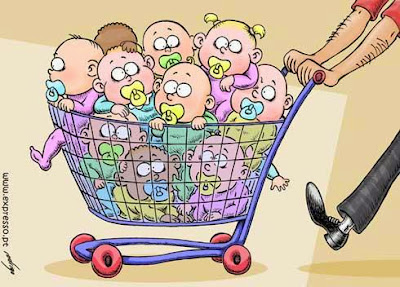 
Who is Michael Brown?

"Who is Michael Brown?"

Bob, I understand that Japan already has a functional artificial womb, but they are waiting for the green light from their FDA to try it on human eggs and sperms. Also, I do know that Britain has begun research into artificial womb technology.

The funny part is feminists think this technology is their replace men, it isn't. It can replace women.

No nagging, no divorce/family court threat, no headaches, and no bankrupting wife to deal with.

You know what, I was totally off-base in making my last comment. That really isn't paradise.

''I don't consider this bottleneck a good thing. For one thing, r-selected retards can outbreed us K-selected smartyguys.''

So can the K-selected men. Like the fact that half of Europe is descended from one warrior king:
http://www.telegraph.co.uk/science/2016/04/25/half-of-british-men-descended-from-one-bronze-age-king/


Or the millions of descendants of Genghis Khan. Who himself is an excellent male specimen.

You should check out Harold Bloom and this book Lucifer Principle, that would be right up your alley.

He's a proponent of eusociality and humans existing as a hive organism.

It's interesting to note the worker bee that does all the work is female while the male drone just gets to have lots of sex.

I'm not sure idiocracy is entirely a bad thing. I don't want to live in it or for my descendants too do so but levels of intelligence like the ones that allow us to talk online here are a detriment to the human species survival.

Future not so bright humans won't be and as such, that bottleneck may save the common core of humanity (120 IQ and under) till a big rock or a volcano does us in and who knows we might even get past those

It is likely wrong to lump all humans and all human futures into one ball of wax. Doomers cannot help themselves, but persons of broader perspective and a deeper knowledge of history are able to suspend judgment on many questions, while following divergent and chaotic trends. Jumping into the doom pit is for lazy bones.

It is more likely for the human future split up into many pieces. Some will be doomed, some will prosper and go into space and beyond. Some will travel twixt and tween. Some will form "hive societies" but the most successful will probably be broadly competent "Dangerous Children," who network freely with each other, but do not try to share each others' dream space.

A marbled future -- fat for some, lean for most -- according to IQs, executive function, character strength, competence, and cultural soundness.

1. The massive immigration of third-world, non-white people into formerly majority white, modern countries. The media glamorizes mixed marriages - every girl wants their awesome mixed-race baby, or so they think (e.g., Kim Kardashian and Kanje West, Tiger Woods and his white, blonde Scandinavian wife and other various white women, Michael Jordan and his white women, practically every black NBA player and rapper has their white girls, etc.). It has been documented that whites and blacks and other minorities getting together to have kids produce kids that are stupider, i.e., lower IQ and creativity, compared to white people.

2. With modern medicine, people who would have died due to various defects in olden times can now survive into adulthood and can have kids when they would have been rightfully deleted from the gene pool. Living in a modern western country even when not affluent is fairly easy, comfortable and safe compared to life in olden times - at least for now. Defective genetics and character traits can survive and persist in a population.

3. In modern industrialized countries, having kids is viewed as too much trouble and more of a burden, rather than as creating a family to care for themselves in old age. Smarter and richer people, namely men (like MGTOW), don't want the hassle of kids. It has been shown that the more educated a woman is, the fewer kids she has. Dumb people and minorities from the third-world still have large families.

4. The very anti-male family court system in western industrialized countries creates a very hostile environment for men. There is at least a 50% divorce rate in these countries, and the penalty (e.g., burdensome and unrealistic alimony, child support, and confiscatory asset division in favor of the wife, etc.) for men if things go wrong is enormous and essentially life-long affecting and catastrophic for men in many cases.

Western, white modern civilization is really screwed in my opinion.