All They Want To Do Is Play

"Play is our brain's favorite way of learning." - Diane Ackerman 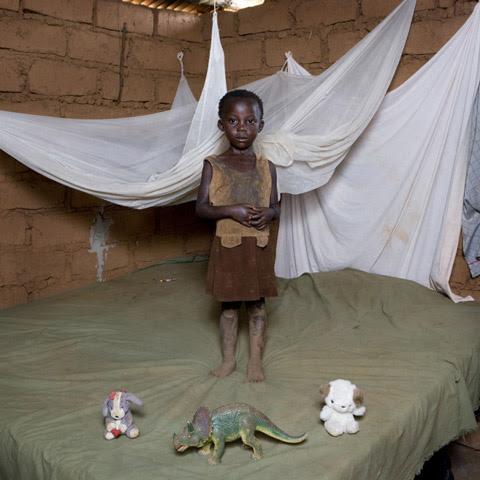 The Italian photographer Gabriele Galimberti spent 18 months traveling the world taking pictures of kids and their toys. The picture above is of an African boy and his three toys, all of which I'm sure he treasures. (It is a tribute to the Aspergers part of my brain that I know that dinosaur is a Triceratops. I would also give the kid a T-Rex and a Stegosaurus.)

I have been struck for years by the fact that all kids throughout the world play, and if they can't play they get very upset. (My four-year-old nephew once asked me to "spank my mom" because she wouldn't let him go outside to play. This is the same kid whose favorite threat for a year was, "I'll chop your head off.") The boys play with cars and weapons and the girls want dolls and everything pink, which I'm sure drives insane certain people who are already right on the edge of being insane in the first place. 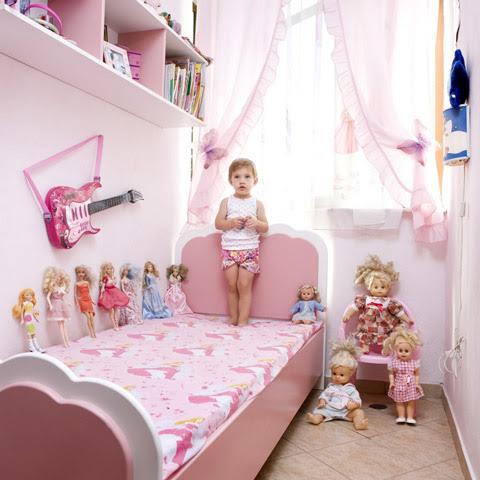 That there's enough pink to hurt my eyeballs.

One of the purposes of play is to learn. In fact it is the best way to learn. Since you never cease learning..."Life must be lived as play," said Plato.

Stuart Brown, who has spent his life studying play, found some very important things about play: "I have reviewed more than 6000 life histories," he wrote, "looking specifically at a person’s play experiences over his or her life. In studying these histories it has become vividly apparent that play is enormously significant for both children and adults. I began thinking about the role of play in our lives while conducting a detailed study of homicidal males in Texas. What I discovered was severe play deprivation in the lives of these murderers. When I later studied highly creative and successful individuals, there was a stark contrast. Highly successful people have a rich play life."

Homicidal? Brown mentions the case of Charles Whitman, the man who went up in a clock tower in Texas and started shooting people with a rifle. He had been brutalized by his father, who once almost killed him by throwing him in a swimming pool. Perhaps even worse, Brown commented that during Whitman's entire childhood he was severely play-deprived.

Once of my friends told me he remembers a boy who was never allowed to play with other kids, his parents apparently believing they were a bunch of hooligans. He also told me the kid was never allowed to read anything except nonviolent comic books, especially a little girl's comic called "Little Lulu." He wasn't surprised that the kid killed himself when he was 18. 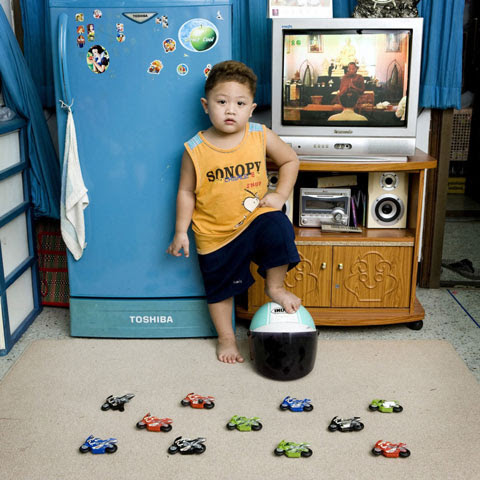 "People tend to forget that play is serious." - David Hockney.

I can remember playing as a kid. Sometimes I played my myself in the play room. It wasn't "fun" but it was absorbing. Sometimes I wandered outside by myself, for hours, looking at toads and mudpuppies and tadpoles, and wondering how in the world wild bamboo ended up in southern Illinois.

Sometimes I wandered around with a friend. Once we asked some guy painting stripes in the school parking lot if we could help him (that was some way-cool painting machine he had). I think he just let us touch his whirring, shaking, electrical monster, which was so impressive I remember it to this day.

Sometimes I engaged in rough-and-tumble play, oftentimes involving throwing dirtclods at each other and wrestling, and, once, getting knocked down by a soccer ball to the face. I remember all of it vividly, and we had some great times. Now that I think about it, our parents would kick us out in the morning with the order, "Go play!"

What I do not remember all that vividly is public school, in which there was little play. We played a lot in kindergarten, but I also remember the teacher trying to force us to take naps, and if we didn't she'd whack us with her pointer.

That wasn't much compared to first grade, in which a female teacher repeatedly punched me in the stomach.

"The creation of something new is not accomplished by the intellect but by the play instinct." - Carl Jung.

I used to be a newspaper reporter and editor. Once I was covering a school board meeting, and heard one of the men (who actually looked stupid) tell the others he found one student looking out the window and daydreaming. His supposed cure for this was to suggest putting black paper over the window. That would really make him pay attention to his studies.

Another time I heard a female teacher say the children should be forced to read "the classics" when young so they'll remember them when older. The first thing I thought was what she meant by "the classics." To me, "the classics" for children are fairy tales and myths and fables. This a a whole lot of them out there, and kids today don't know a thing about them.

I didn't so much hate public school as I was mildly bored by it. I daydreamed by sentence away, which included falling asleep sitting up in my chair. And when I got into high school I lived for weekends, which meant partying and drinking and getting high. I tell people it was a cross between Animal House and American Graffiti.

I lived for the weekends, including sailing my friend's Sea Snark Styrofoam sailboat, which his parents got by mailing in coupons from perhaps one thousand packs of Kool cigarettes. It never sank, unlike my bottle of homemade wine, which is still at the bottom of the lake after one of my friends hurled it far into the middle of the lake.

Personally, I'd like to see a lot of studies done to see if there is a correlation between going to public school and drug use. Drugs and partying got me through high school, and what got me through middle school was science fiction, which itself is a drug, although not an illegal one.

I'd say it's pretty obvious that teen boredom breeds drug abuse, as does the anomie of large schools. "Anomie," by the way, means "normlessness," which is just another word for "abnormal."

There are those who say without play we wouldn't have civilization. The Dutch philosopher Johan Huizinga defines play as the central activity in flourishing societies. I find it more than a little interesting that the correct translation of "pursuit of happiness" is eudaimonia, which translate as "flourishing" or "well-being." So, then play is a inherent part of eudaimonia.

As I mentioned, I used to be a newspaper reporter. I was also an editor. The best job I had as an editor was of a small weekly paper. There was three of us: me, the general manager, and the office manager. We were all friends.

I got so good at my job I could do it part-time. The general manager and I would take one-and-one-half hour lunches, drive out to small taverns in the country, eat cheeseburgers, drink beer and play pool. I remember those days vividly. I realize now we were playing.

Everything plays. That's just about all dogs do, when they're not eating and sleeping. We can learn a lot from them. In many ways they are wiser than we are.

The late Ray Bradbury apparently disliked school so much he thought all of them should be closed down. I wouldn't go so far, but I understand his point. I'd prefer it if kids didn't start school until they were seven and got out at 12. What's wrong with being apprentices at that age? That would be more meaningful and important than sitting in ranks and rows in schools listening to the teacher go wack wack wack, like in the Charlie Brown TV programs.

The schools can't offer - in fact their purpose is to prevent it - play, imagination, creativity, importance meaning, community. And without those things, people - and society - are going to go backwards, not forward.


"Creative people are curious, flexible, persistent, and independent with a tremendous spirit of adventure and a love of play." - Henri Matisse